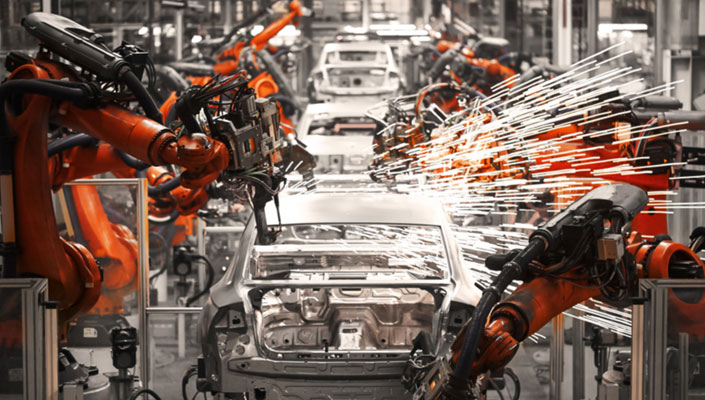 As per a Dodge Data & Analytics construction outlook webinar, total construction starts in the United States West region increased 13% last year to $223.73 billion, roughly in line with the national start expansion of 14%. Manufacturing, education, and data centre initiatives accounted for the majority of the increase. Manufacturing starts are expected to hit $14.39 billion in 2022, up 47% from 2021.

During the webinar, David Reaves, Dodge’s senior economist, said that manufacturers are searching for a more dependable supply chain, and thus repeated attempts have begun to recruit additional chip manufacturers into the United States. Since the beginning of the pandemic, start-ups in the manufacturing industry, which comprises electric vehicle plants, chip plants, food-related production facilities, as well as pharmaceutical labs, seem to be on a roller coaster.

Manufacturing starts dropped to $1.74 billion in 2020, down 37% from the $2.74 billion in 2019. According to Dodge, this rebounded to $9.81 billion in 2021, and start-ups in the area are expected to grow more than sevenfold in 2022 from pandemic lows. The $9.98 billion Intel chip factor project and the Taiwan Semiconductor facility, both in Arizona, were the two biggest beginnings in the six months ending in March. Dodge estimates that education expenditures will total $16.5 billion in 2022, up 6% from 2021.

According to Dodge, the $650 million expansion of the Los Angeles Museum of Art, which falls under the education category, was the fourth largest infrastructure project since October 2021. In the West, the hospitality industry is still a shadow of what it was before the outbreak. Dodge estimates that hotel and motel building starts in the West will total $2.38 billion in 2022. According to Dodge, this would be a 14% increase from 2021 but still a 45% decrease from its 2019 level of $4.32 billion.

Leaders and laggards in the West

California led the West in overall building starts in 2021, with $86.32 billion, a 17% increase over 2020. However, non-residential development activity in the Los Angeles and San Diego regions fell 41% and 37%, respectively, in the first 4 months of 2022. Non-residential activities in the Las Vegas area, on the other hand, increased by 125% in the first 4 months of 2022. Since October 2021, the $400 million refurbishment at the Fontainebleau resort and casino project on the Strip has been the 10th largest project in the West.

With about $32 billion in total development starts, Arizona came in second in the West region, up 29% from a year ago. Hawaii, at the bottom of the West region, saw total development starts of $4 billion in 2021, down 11% from the previous year. According to Reaves, this is due to the state’s exposure as a tourist hotspot, which has been dramatically affected by the pandemic.

Wyoming’s state GDP is expected to grow by 4.6% this year, the largest in the West, according to Dodge. This is partly due to the conflict in Ukraine, which should help energy-producing states such as Wyoming.