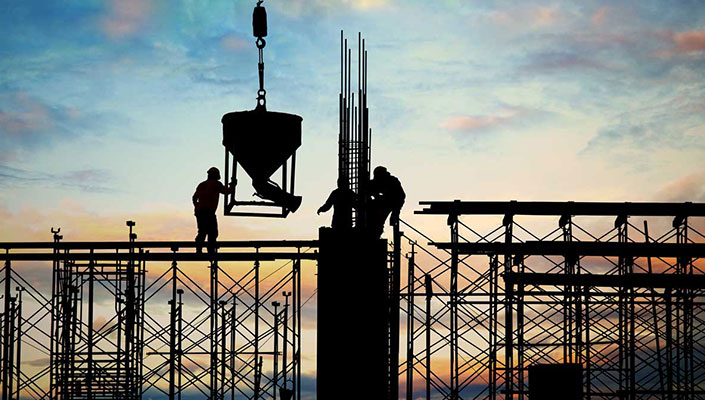 As per a Dodge Data & Analytics construction forecast webinar, total building starts in the South area of the US climbed 13% in 2021, comparable to the national start rate of 14%. During the webinar, Sarah Martin, senior economist at Dodge, stated that, contrary to the emigration they are seeing in the Northeast and Midwest, the South has seen net migration into the area over the last two years. She said that construction activity has remained consistent, stressing that residential construction was driving the trend.

Warehouse starts in the South are expected to reach $21.51 billion in 2022, up 16%, according to Dodge. However, the warehousing industry is starting to halt. Amazon, one of the most significant consumers of industrial space in the United States, recently announced a reduction in their e-commerce activities. That decision, according to Dodge Chief Economist Richard Branch, will have an impact on warehouse development activity, especially after 2022.

That decision, according to Dodge Chief Economist Richard Branch, will have an impact on warehouse development activity, especially after 2022. They believe the warehouse marketplace will rise this year, but the warehouse sector will begin to contract in 2023, all throughout our five-year estimates, Branch added. They will witness a decline in warehouse growth over time, but not immediately.

In the South, this year’s predicted warehouse increase of 16% is just half of the levels achieved in 2021, when warehouse starts increased by 31%. According to Dodge data, the warehousing sector gained 39% from its 2018 level in 2019, the year before the pandemic.

Education starts in the South, the region’s largest industry, are expected to hit $25.56 billion in 2022, up 18%, according to Dodge. As the pandemic’s anxiety fades, Martin believes K-12 construction and universities will be more confident in investing in their facilities this year. For instance, the Fort Worth school system in Texas passed a $1.2 billion bond in November to remodel all of the district’s middle schools and construct new primary schools. According to Martin, similar legislation is being adopted all throughout the region. This year’s business is expected to rise up significantly, Martin said.

According to Dodge, manufacturing starts in the South will reach $12.82 billion in 2022, up 3% from the previous year. As a result of a renewed attempt to bring more manufacturing plants back to the United States, start-ups in the industry are expanding in other parts of the country.

For example, four of the 10 largest commercial projects in the South in the last 12 months are in the manufacturing sector. The $1.5 billion US Steel Flat-Rolled Mill in Big River, Arkansas, and the $1.3 billion Methanex Methanol Plant in Geismar, Louisiana, are two examples.

However, in the South, that 3% increase is a considerable reduction from last year, when manufacturing starts in the region increased by 38% from 2020 levels. According to Martin, this is mainly due to the rising cost of materials and persistent staff shortages in the region. Moreover, rising inflation is enhancing the sector’s percentage growth. Martin claims that the sector is actually declining in real terms.

Laborconstraints and supply chain uncertainty are expected to impede significant expansion this year, Martin said. However, if one excludes inflation from the equation, percentage growth will be around -15 %.

Leaders and laggards in the South

According to Dodge, construction starts in West Virginia and Mississippi fell the most in the South in 2021, by 16% and 15%, respectively, from 2020.

In 2022, Dodge predicts four states in the South will grow their GDP faster than the national average of 3.5%. Delaware tops the region with a predicted growth rate of 5.8%, followed by Texas and Florida, the 2 largest building start states, with expected growth rates of 5.4% and 4.5%, respectively. Oklahoma’s GDP is expected to expand by 4.4%, according to Dodge. Mississippi and Kentucky, with predicted GDP growth of 1.7% and 1.5%, respectively, complete the region.