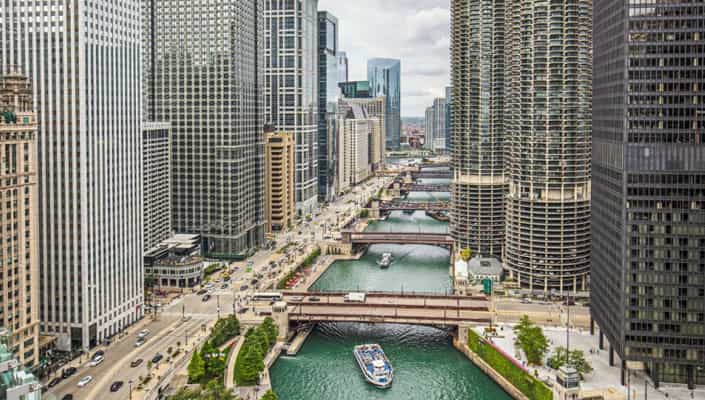 According to a Dodge Data & Analytics construction forecast webinar, total building starts in the United States Midwest area increased 10% in 2021, below the national start increase of 14%. During the webinar, David Reaves, senior economist at Dodge, observed that the Midwest doesn’t have quite the same zeal as other places. However, there are some standout performers. According to Reaves, the Midwest region has seen a lot of movement in the power and gas plant sectors, particularly in solar energy and wind farms.

Warehousing, manufacturing, and highway and bridge construction are among the other opportunities for growth in the Midwest region, which encompasses Indiana, Illinois, Iowa, Kansas, Kansas, Minnesota, Michigan, Missouri, North Dakota, Ohio, Nebraska, Wisconsin, and South Dakota, according to Dodge.

A number of significant projects in the pipeline for later in 2022 are driving this expansion, including the $1.25 billion phase 2 and 3 of the Mammoth Solar Plant in Indiana, which will be the country’s largest solar farm when constructed. According to Reaves, the $1.1 billion Harrison Energy Center in Ohio, as well as a $700 million gas power plant set to break ground in Wausau, Wisconsin, will also help. However, in addition to solar energy and gas-powered facilities, Dodge expects wind farms in the region to speed nonbuilding start-ups, according to Reeves.

While there is obviously room for solar development in the Midwest, wind energy is the region’s real strength, Reaves said. A good wind farm requires broad expanses and high-speed winds, both of which can be found in the Midwest plains. The $350 million Sapphire Sky Wind Energy Center in Farmer City, Illinois, and the $293 million Jayhawk Ridge Wind Energy Center in Kansas were two wind farm projects that broke ground in the last year.

According to Dodge, highways and bridges in the Midwest will cost $21.67 billion in 2022, up 1% from a year ago. As per Reaves, the $1.2 trillion Infrastructure spending and Jobs Act will boost the sector’s growth significantly in 2023. The $430 million I-70 project in Anderson, Indiana, and the first leg of the $300 million U.S. Highway 69 development in Overland Park, Kansas, are two of the largest roadway projects anticipated to commence work in 2022.

According to Dodge, manufacturing starts in the Midwest are expected to reach $7.65 billion in 2022, up 34% from a year ago. Regional beginnings in the sector, like the rest of the nation, are growing as a result of a reinvigorated attempt to bring more manufacturing operations back to the United States. The $300 million Qore Cargill project in Eddyville, Iowa, and the $250 million Sherwin Williams research centre in Brecksville, Ohio, were also major Midwest manufacturing launches. The $20 billion Intel semiconductor chip facility in Jersey Township, Ohio, and the $2.5 billion General Motors electric vehicle battery facility in Lansing, Michigan, are among the other projects set to begin construction in 2022.

Dodge predicts an 81% increase in hospitality starts in 2022, reaching $1.45 billion, although Reaves cautions that the sector’s development may be less than that percentage indicates, because the area is coming off a low of $802 million in starts in 2021.

The $500 million Tribune East Tower in Chicago, which is included in the planned start numbers, would most likely be delayed, according to Reaves. Overall projections for the region’s hospitality sector will be lower, he noted.

Leaders And Laggards In The Midwest Region

Ohio led the Midwest division in construction starts in 2021, with $22.55 billion, up 7% from the preceding year. However, non-residential construction activity in the Columbus, Ohio area fell 66% in the first four months of 2022, while nonbuilding activity fell 6%.

Expectations for GDP growth in 2022

Minnesota, with 2.9% GDP growth, leads the Midwest region’s below-average GDP growth projections. According to Dodge, the national GDP is expected to expand at a rate of 3.5%. Ohio and Illinois are forecasting 2.2% and 2% GDP growth in 2022, respectively.