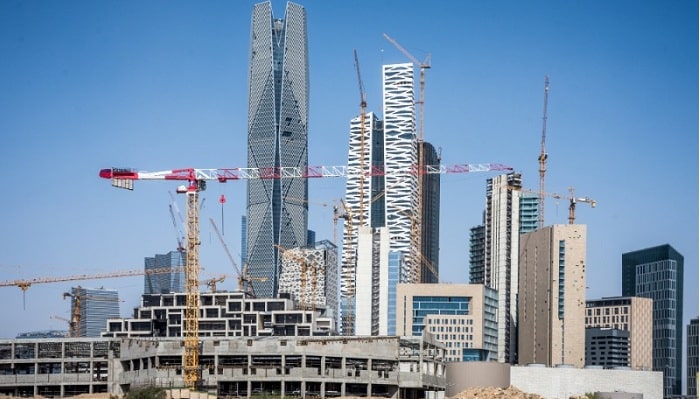 World Construction Today – KSA Real Estate Analysis: According to the most recent market report by the international real estate consultancy CBRE, Saudi Arabia saw $9.58 billion in residential real estate transactions in the 2nd quarter of 2022, a 21.4% rise over the same period in the previous year.

Despite a 19.9% decline in residential transaction volumes to over 44,000 deals in the second quarter compared to the same period the previous year, KSA observed an increase in the overall value of translations as a result of a rise in apartment prices.

In the year leading up to the second quarter of 2022, the average apartment price in the kingdom climbed by 6.2% per square metre.

This was topped by the Saudi city of Alkhobar, which had an increase in apartment prices of 11.3%. Jeddah and Riyadh followed, with price increases of 5% and 4% in the second quarter, respectively.

According to CBRE’s Saudi Arabia Real Estate Review Q2 2022 study, all major cities, with the exception of Alkhobar, experienced a dramatic reduction in the annual rate of price rise in the 2nd quarter of 2022 compared to the preceding quarter.

According to the general trend, residential transactions decreased in all major cities from the first quarter of the previous year to the 2nd quarter, with the capital of the kingdom leading the list with a decrease of more than 33%. Following suit, Jeddah and Dammam experienced drops of 6.2% and 3.4%, respectively.

Despite the recent growth of Saudi Arabia’s economy, CBRE experts claim that on a city and asset class level, the country’s real estate market condition is still fragmented.

According to Taimur Khan, head of research for the MENA region at CBRE, this is to be anticipated given the scope of the shift that the Kingdom is going through across all asset classes. Despite some short-term difficulties, he claimed that their long-term perspective for KSA’s real estate industry is still upbeat.

According to the CBRE survey, Saudi Arabia’s visitation to workplaces is currently 19.3% higher than it was before the pandemic. However, the capital city of Riyadh remains the hub of commercial activity, where supply still greatly outstrips demand, the report stated.

Due to Riyadh’s historically low new supply, average rental rates and occupancy levels have remained on the upper side. In Riyadh, occupancy levels increased over the previous quarter by 0.7 percentage points, reaching 98.1% on average in the 2nd quarter of 2022, according to CBRE research.

CBRE reported that in the year leading up to the second quarter of 2022, average Grade A and Grade B rentals climbed by 3.9% and 4.2%, respectively. Restricted supply levels have also continued to support a rise in rental rates.

According to the report, average rentals in Jeddah climbed by 2.4% over the course of a year to June 2022, with the Grade A section of the market favouring landlords.

All of the critical performance indicators for hotels in KSA improved in the second quarter amid a tremendous effort to boost the nation’s tourism and hospitality sectors, and the occupancy rate average for the year as of June 2022 has increased by 19 percentage points.

According to the CBRE analysis, this assisted hotels in raising their average daily prices, which rose by 13.5%. As a result, their revenue per available room saw a tremendous increase of 72.8% over the same period last year.