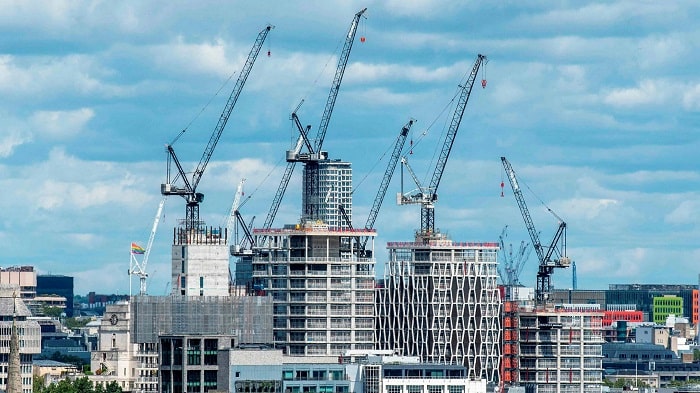 World Construction Today – Construction activity in the UK decreased for a second consecutive month in August as a result of waning consumer confidence brought on by worries about the country’s overall economic outlook. The industry reported an index score of 49.2 in the most recent PMI data, which is just slightly higher than the 48.9 recorded in July but still below the 50.0 no-change threshold, indicating that overall activity nevertheless decreased over the month.

The sector is in for a difficult phase, according to economics director at S&P Global Market Intelligence, Andrew Harker, who conducted the poll. A number of signs indicate an additional decline in the coming months. According to him, the growth in new orders slowed to a crawl, increasing just slightly throughout the month and to the least degree since June 2020.

Out of the 3 monitored groups, commercial activity experienced its first fall in 18 months, long-standing powerhouse housing only experienced a small increase, and civil engineering experienced the most dramatic decline. Strong growth in employment was the main benefit of the most recent poll, according to Harker.

However, employment at least partly reflects a continuing effort to catch up after the outbreak. If activity keeps declining, businesses will probably soon decide that they have enough workers and will stop employing them, he noted.

The rate of employment creation in August slowed to its smallest level since March 2021, although it continues to rise steadily.

This is some comfort for the industry, according to the chief economist at the Chartered Institute of Procurement & Supply, John Glen, as firms are trimming back input purchases for the first time since the first wave of the COVID-19 pandemic, which is driving down supply chain prices. A sustained decline in new orders would be a difficult meal for the sector to digest, he continued, but these developments may finally assist in reversing inflation.

After yet another month of dwindling activity, the sector will turn to prime minister Liz Truss to contain inflation and provide some stability for future planning, according to group chief executive at procurement organisation Scape, Mark Robinson.

The industry should be working now to make sure that the supply chain is protected as much as possible from the worst consequences of the impending recession, he continued, as the impact of any action is unlikely to be felt immediately.

Although there has been a contraction, many larger contractors are feeling more confident than they did earlier in the year, according to Max Jones, director of Lloyds Bank’s infrastructure and construction team. Tier One contractors have also reported healthy balance sheets and robust pipelines of work.

While there has been some respite on the fuel price front in recent weeks, a deep freeze this winter could be difficult, he warned. Everyone’s focus will be lower on the supply chain. It will be up to the rest of the business community to make sure that smaller firms are supported with fast payments and fair practises if they start to struggle to provide jobs.

The September issue of the Glenigan Construction Index, which was published by an information company, revealed a declining trend in project starts. The value of underpinning work starting on site decreased by 35% during the three months leading up to the end of August, the data showed, and is now 30% less than it was a year ago.