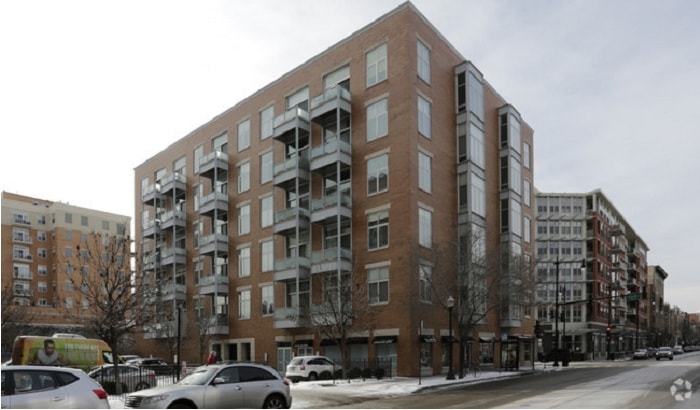 Lendlease, a leading international property and infrastructure group, along with co-developer The John Buck Company and partner Intercontinental Real Estate Corporation, celebrated the groundbreaking of 845 West Madison, a two-tower mixed-use development, including 586 apartments in Chicago’s West Loop. Slated to welcome its first residents in summer 2020, the development will occupy a full-block site, formerly home to skin care manufacturer H2O Plus, bordered by Madison Street to the north, Monroe Street to the south, Peoria Street to the west and Green Street to the east.

Lendlease, a leading international property and infrastructure group, along with co-developer The John Buck Company and partner Intercontinental Real Estate Corporation, today celebrated the groundbreaking of 845 West Madison, a two-tower mixed-use development in Chicago’s West Loop. Slated to welcome its first residents in summer 2020, the development will occupy a full-block site, formerly home to skin care manufacturer H2O Plus, bordered by Madison Street to the north, Monroe Street to the south, Peoria Street to the west and Green Street to the east.

“Many real estate partners have worked alongside the city for the past several years to help drive development, which has translated into more jobs and economic growth for Chicago,” Mayor Rahm Emanuel commented. “Today’s groundbreaking marks another important milestone in reactivating a vacant site and further supporting the city’s fast-growing West Loop neighborhood.”

“We’re thrilled to start construction on this mixed-use development that, upon completion, will showcase a vibrant new destination for this burgeoning area of the city,” said Tom Weeks, executive general manager of development at Lendlease. “Lendlease has a proven track record of delivering transformational urban regeneration projects in Chicago and throughout the world, and together with our partners, we look forward to reimagining this prominent site as a new neighborhood anchor whose residential and retail offerings reflect the continued evolution of the West Loop community.”

Upon completion, 845 West Madison will include 586 residences – 319 in the north tower and 254 in the south – with a blend of one-, two- and three-bedroom floor plans. Rounding out the unit mix are 13 rental townhomes with private entrances along Peoria and Monroe streets. The 17-story towers and townhomes will be connected by a two-story podium that includes 10,000 square feet of retail space and 278 parking spaces, 45 percent of which will be available for public use. The towers will share a large outdoor deck atop the podium that will feature a pool, lounge seating, fire pits, grilling stations and lush green spaces.

“This project is so much more than just a run-of the-mill mix of ‘residential plus retail,’” said John Buck, chairman and CEO of The John Buck Company. “As the Chicago real estate market and neighborhoods change and evolve, the building at 845 West Madison is a thoughtful and timely response to the kinds of homes now in demand in this area.”

Each of the towers will have its own design and amenity spaces, accessible to all residents, such as a ground-floor lobby, fitness center, entertainment lounge, game room, communal chef’s kitchen, coworking space and dog run.

Drawing inspiration from surrounding architecture in the West Loop and nearby Fulton Market District, Chicago-based GREC Architects created a stepped, three-tier façade that transitions from masonry at street level to glass on the upper floors – a design intended to maintain the character of the existing streetscape. While the project will consist entirely of new construction, a number of mosaic murals by Spanish artist Carlos Vega that adorned the façade of the H2O facility were preserved and donated to nearby Skinner Park.

“We want 845 West Madison to feel integrated into the West Loop community,” said Greg Randall, a managing principal of GREC Architects. “The two towers will reflect the spirit of the neighborhood with two narratives but a single story. The interior of the north tower will embody an energetic, eclectic and rustic aesthetic while the south tower will feel established, refined and polished. The towers will play off the scale of the city while the townhomes will ground the development and enhance the pedestrian experience of the neighborhood.”

In addition to enjoying proximity to major employers including Google and McDonald’s, whose new global headquarters is less than a half-mile away, residents of 845 West Madison will be steps from Randolph Street’s famed restaurant row, numerous shops throughout the West Loop and public amenities including Mary Bartelme Park. The development also provides convenient access to the Kennedy and Eisenhower expressways, as well as Ogilvie Transportation Center, Union Station and several CTA bus and rail lines.

“We are very excited by this terrific development opportunity, which when constructed and stabilized, will make for a trophy building for our portfolio,” said Peter Palandjian, chairman and CEO of Intercontinental Real Estate Corporation. “By venturing on this project with Lendlease and The John Buck Company, we will create hundreds of union construction jobs in Chicago and believe this project will generate excellent returns for our investors.”

For more information about the company : https://www.tjbc.com/ 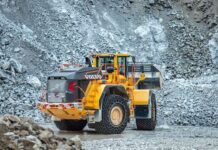