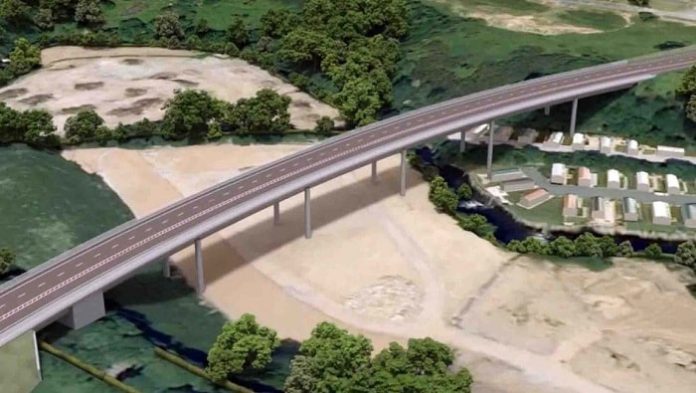 Balfour Beatty, in a 50:50 joint venture with Jones Bros Civil Engineering UK, announces it will commence works to the Caernarfon and Bontnewydd Bypass.

On behalf of the Welsh Government, Balfour Beatty Jones Bros will construct a new 9.8km bypass connecting Caernarfon and Bontnewydd in North Wales, which on completion will significantly improve journey times and reliability, as well as reduce traffic congestion.

Having been awarded the Early Contractor Involvement contract in 2015, Balfour Beatty Jones Bros has worked closely with the Welsh Government to fully participate in the development of the scheme, mitigate risks and ultimately provide the most cost-effective design solution.

Thomas Edgcumbe, Managing Director for Balfour Beatty’s Regional North and Midlands business, said: “Today marks a significant milestone in the delivery of a scheme which on completion will provide significant benefits to the economic landscape in Wales.

“Having worked with Jones Bros and the Welsh Government on a number of ongoing and historic projects, we are confident that we will successfully deliver this highly anticipated scheme to schedule and leave behind a lasting, positive legacy for the local community.”

Hefin Lloyd-Davies, contracts director at Jones Bros Civil Engineering UK, said: “The progression of the contract is pleasing and we’re looking forward to providing benefits to the region including jobs, training, and skills.

“We have a proud history of not only delivering high profile projects in a joint venture with Balfour Beatty, but caring about the communities in which we operate.”

“I have made clear this scheme will deliver for the area and provide a boost for the region’s economy. Balfour Beatty Jones Bros will be putting this into action by offering local employment opportunities as well as placements for trainees, apprentices and graduates. There will also be a prime focus on local spend on materials and sub-contracts where possible and meet the buyer events will be held in due course to encourage local people and companies to apply for work on the project.

“The Welsh Government is investing substantially in the Caernarfon and Bontnewydd bypass which will make a real difference to communities in the area as well as the travelling public.

“Design and development work continues at speed and construction will begin shortly.”

Works are due to commence this winter, with completion expected in spring 2021. Throughout the project lifecycle, Balfour Beatty Jones Bros will provide numerous local employment opportunities, with over 200 operatives and delivery staff anticipated at construction peak.

Balfour Beatty is a leading international infrastructure group. With 28,000 employees, we provide innovative and efficient infrastructure that underpins our daily lives, supports communities and enables economic growth. We finance, develop, build and maintain complex infrastructure such as transportation, power and utility systems, social and commercial buildings.

Our main geographies are the UK & Ireland, US and Far East. Over the last 100 years we have created iconic buildings and infrastructure all over the world including the London Olympics’ Aquatic Centre, Hong Kong’s first Zero Carbon building, the National Museum of the
Marine Corps in the US and the Channel Tunnel Rail Link.

Balfour Beatty has a long and proud history working in the North and Midlands, delivering innovative infrastructure and build projects and supporting growth across the region. The company has proven expertise across multiple sectors including highways, education, flood & coastal defence, and of working with local authorities through the Scape National Civil Engineering and Infrastructure framework along with other regional and national frameworks.
Our portfolio of current projects includes the delivery of two contracts for HS2 worth a combined total of c.£2.5billion, The University of Manchester’s £287m Manchester Engineering Campus Development (MECD), representing one of the largest capital developments ever undertaken by a UK higher education institution and the £10 million early works contract for the Midlands Metropolitan Hospital on behalf of Sandwell and West Birmingham Hospitals NHS Trust.

Completed projects include the £50m ‘Diamond’ building at the University of Sheffield, the £14m mechanical and electrical services for the new National Graphene Institute at the University of Manchester and a £22.5m new teaching and lecture space at Sheffield Hallam University. Balfour Beatty has also recently completed the £27m Anchorsholme and £63 million Rossall coastal defence scheme on behalf of Blackpool Council and Wyre Council, and the Gateshead District Energy Centre, one of the North East region’s first energy centres, which will generate and supply heat and power for homes, businesses and public buildings across Gateshead Town Centre.