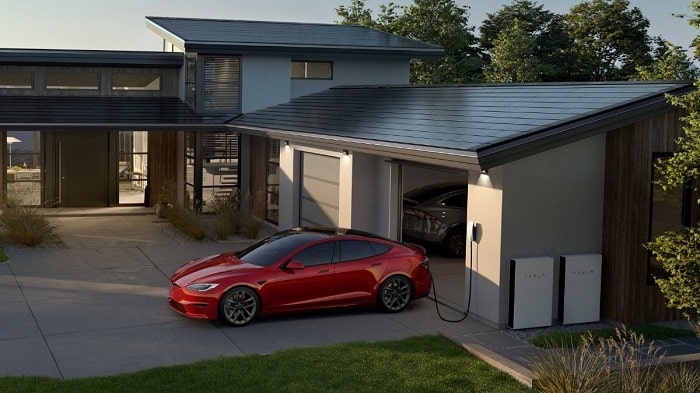 Tesla employees are currently benefiting from lower energy bills and lower carbon footprints as they’re testing out the latest Tesla solar roofing system. In 2019, the company pledged to install 1,000 solar roofs every week. But three years on and they’re yet to hit this target. Now Solar Roof Version 3.5 is here, so will it take off better than its predecessors?

Version 3.5 of Tesla’s Solar Roof is very hush-hush at the moment. All that’s known is that Tesla wants its solar roofs to be durable, easy to install, affordable, and reliable. Should the Tesla employees testing out the new roofing system at the moment be happy with the way it works and no problems are reported, a widespread installation of Version 3.5 should start in the fourth quarter of 2022.

Tesla was hoping that their Solar Roofing system would really take off and there was lots of hype about it. But 2022 has been a disappointing year for the company. In December 2021, Tesla revealed that they were having problems sourcing solar panels. Then, in early 2022, they announced that they were pausing solar roof installations altogether due to supply issues. There were reports of solar tiles being stuck in a port in LA. Tesla’s New York Gigafactory was also reportedly unable to get hold of solar cells.

Hopefully, Tesla is now gearing up to get at least 1,000 solar roofing systems installed per week, as originally planned. A Tesla Solar Roof is designed to replace the roof of a property. Tesla provides a lifelong warranty with their Solar Roof so it’s a good investment for businesses. A Solar Roof differs from installing solar panels on a roof which are usually mounted on top of the roof. Solar panels typically have a lifespan of 25 to 30 years. The roof of a home should have the same lifespan left. If not, a new roof should be installed before solar panels are put on, especially if it’s a commercial premise. Downtime in business costs money, as atlantacommercialroofingcontractors.com understands. They say “We understand the importance of re-roofing occupied commercial buildings so that there is little to no interruptions on the operation of the facility. Thus, our roof installations are well-planned for maximum efficiency.”

When a Tesla Solar Roof is purchased, the company installs electricity-producing shingles as a roof. These are more aesthetically pleasing than traditional solar panels and look like a typical roof to most people. A Solar Roof can produce an output as high as 71.67 watts, but all this comes at a cost. $21.85 per square foot is the quoted cost from Tesla. But, it remains to be seen whether Tesla will change their prices when Version 3.5 is released later this year.

Version 3.5 of Tesla’s Solar Roof is imminent and it looks like it will be the best version yet. Let’s hope that Tesla can get hold of the materials needed to get as many of these roofing systems installed as possible.