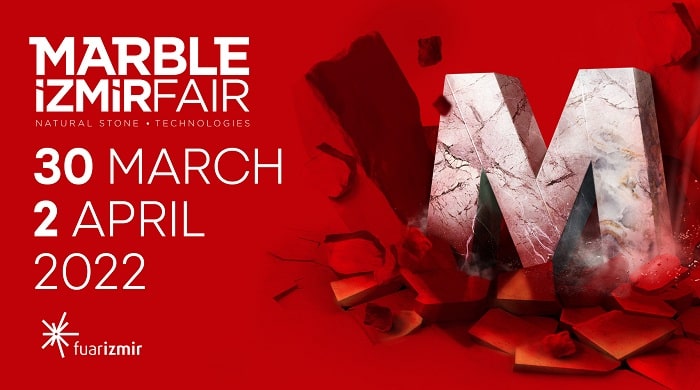 The ancient historian Herodotus wrote: “They built their city under the loftiest dome of heaven and the best climate in the world.” Aristotle told his student Alexander the Great, “You are not complete unless you have seen it,” and Victor Hugo describes the city as “Izmir is a princess adorning a necklace.”

Izmir, Turkey’s gateway to the west is one of the most beautiful cities of the Mediterranean Basin with its climate, unique nature, and 8500 years of deeprooted history. The rich past and multi-cultural texture of Izmir as a port city makes it possible to observe intermingling of trade, arts and culture for centuries and to witness a blended culture relying on harmonization of east and west since it has been located at the intersection point of great civilizations throughout the history.

Izmir is one of the oldest cities with continuous settlement for 8500 years. YeIilova and nearby YassITepe Mounds are the oldest Neolithic settlements where idols and symbols of the Mother Goddess have been found. One of the founding legends of Izmir states that the city was founded by the legendary Amazon Queen Smyrna. The city dates back to the third millennium BCE (at Tepekule, modern BayrakI) and was one of the most advanced civilizations of its time, along with ancient Troia Western Anatolia.

Izmir is located at the side of a gulf on the Aegean Sea in the westernmost part of Anatolian Peninsula. It is the third most populous city of Turkey after Istanbul and Ankara with a population over 4 million. It is the second leading port after Istanbul with its large and sheltered harbor. The city has witnessed 8,500 years of human history including 3,500 years of urban history as one of the oldest port cities of the Mediterranean. While the city was under the governance of Ottoman Empire in the 17th century, it became a major international port and attracted significant overseas business. Along with the developing trade, diversity also increased with Levantines, Greek Orthodox, Armenian, Jewish and Muslim Turks, who together formed a city of tolerance. Izmir had long served as a point of interaction between the East and West and constituted a borderland between civilizations, between ethnicities, and between religions in its process of evolution from Smyrna (the name of the ancient city) to Izmir. The current urban identity of Izmir and its population has been deeply influenced by its historical heritage and multicultural past.

Izmir is known as a modern Turkish city that has fully embraced western values and the lifestyle. The inhabitants of Izmir take pride in their image as the most democratic and western face in Turkey. The city enjoys a liberal and secular atmosphere in which the appreciation of art and design holds a central place in the population’s worldview and daily life.

Izmir is a Mediterranean city with Aegean climate, food, and a healthy life. It is a living city known for its ‘life on the streets’. This life is combined with the culture of all citizens using the sea and the waterfront. The sea is a part of the daily life of the people. Perception of a slow and calm lifestyle is part of the culture, which sometimes contradicts with its global economic ambitions. The city perceives this two speed as a unique characteristic and pursues its strategies of development accordingly.

Izmir: The capital of the Near East

A city born through connecting Asia to the Mediterranean

The beauty of the Aegean

“Beautiful Izmir” draws you into a world of picturesque modernity and traditions, with its refreshing touches to human souls. Izmir hypnotizes visitors in an aura of history and modernity. Izmir, ancient Smyrna, is located at a point where the Anatolian Peninsula extends into the Aegean Sea.

Known throughout Türkiye as “Beautiful Izmir”, the city surrounds a large bay adorned by yachts, ships and ferries. As the terminus of the ancient “King’s Road” that runs across Anatolia to Persian Gulf, Izmir remains a focal point of tourism and entertainment. Its streets are shaded by palm trees, the sidewalks are beautiful and the houses are elegant. The city’s coastline is known for its seafood restaurants along the coast as well as its cafes, restaurants serving Aegean Cuisine and other leisure facilities, while the hinterland is rich in ruins and monuments that tell the stories of countless ancient civilizations.

İzmir is the sound of the sea and the wind. Thanks to its Mediterranean climate, İzmir is mostly sunny all year round. Summers are hot and winters are mild. With its historical sites such as Bergama, Çeşme, Foça, Kemalpaşa, Selçuk, Seferihisar, Karaburun, Tire and Urla, İzmir plays a very important role in the history not only of Western Türkiye but in the entire Aegean. With a total coastline of 629 kilometers, İzmir also promises a life in contact with the sea. In İzmir, you can enjoy the sea by walking in Kordon or taking a ferry from Alsancak to Karşıyaka, or you can explore the bluest waters at 49 blue flag beaches. This makes the city a very popular destination for the beaches where you can find every shade of blue and enjoy all kinds of water sports.

Located at the edge of a wide and sheltered gulf, İzmir connects to a rich hinterland extending north, east and south through a series of rivers and valleys. İzmir’s geographical position is surrounded by Madra Mountains and Balıkesir provincial border to the north, Kuşadası Gulf and Aydın provincial border to the south, Çeşme Peninsula and the Gulf of İzmir, which derives its name from the city itself, to the west, and Manisa provincial border to the east. The city of İzmir is nourished by the flow of the rivers Gediz, one of the major rivers of the Aegean Region, Küçük Menderes, and Bakırçay.

The Historical Port City of İzmir is surrounded by Karataş and Göztepe to the west, Alsancak to the east, Tepecik to the south and the Gulf of İzmir to the north, and encompasses the Kemeraltı, Basmane and Kadifekale regions.

Founded between the Pagos Hill (Kadifekale) and the inner port around the late 4th Century – early 3rd Century B.C. in the post-Alexander era and having remained a continuous settlement site to date, İzmir (Smyrna) still bears the traces of the Hellenistic, Roman, Byzantine, Principalities [Beylik] and Ottoman period.

Archaeological excavations in İzmir, which was a well-known “Port City” of the Euro-Asian “Silk Road” that offered a trade portal to the Mediterranean during the Classical Era as well, continues at the center of the city, with a population of 4.5 million, under the support of the community, the local and central authorities, and the chambers of industry – commerce.

Smyrna derived its wealth from the incomes generated from fertile agricultural fields that provided a wide variety and surplus of products, as well as the exportation of its own products and the goods coming from other cities of the province from the city’s port to the entire Mediterranean geography. The city also played an important role in the transfer of goods from the East and the West to other regions.

IZMIR AT A GLANCE…

A platform for virtual exhibitions and B2B events.

“Domestic Goods Exhibitions”, which was held with the 1st İzmir Economic Congress on 17 February 1923, has been the first steps of İzmir International Fair.

As the general trade fairs were replaced by sectorel fairs in the world, Turkey has been involved in this development as of eighties.

As a result of the successes of the Izmir International Fair and the developments in the economy of Turkey; İZFAŞ was established on 7 February 1990, which took place under the leadership of İzmir Metropolitan Municipality.

As a public corporation which has adopted the genuineness and success as the principle, İZFAŞ aims to make its fairs reach to a level that could compete with world fairs, and the applicability of contemporary, modern fair business.

The actual purpose of the establishment of İZFAŞ; is the development of fair business in İzmir, revival of the city economy thanks to the fair and to contribute to the culture and art life of İzmir.

MARBLE IZMIR AT A GLANCE

As one of the most important focal point in the natural stone industry in the world, Marble – International Natural Stone and Technologies Fair is welcoming to whole world for the 27th time at March 30 – April 2, 2022.

Marble will welcome many exhibitor companies and sector professionals from Turkey and various countries at fuarizmir, the largest and the most modern venue in Turkey.