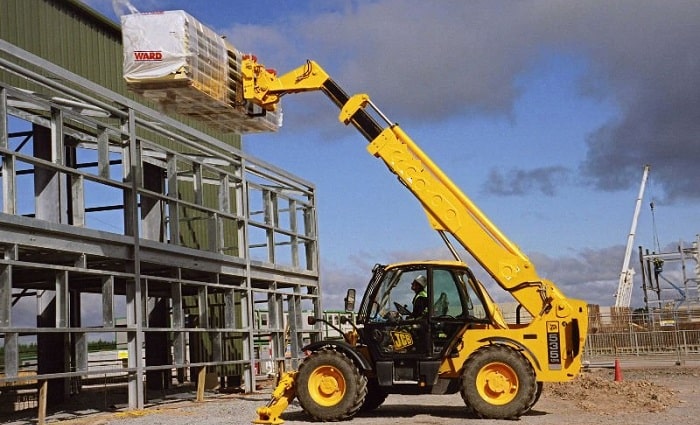 When Komatsu launched its Proactive Dozing Control system in mid-2019, the company touted the new machine control approach as a revolutionary change for operators of all skills. As part of the company’s Intelligent Machine Control philosophy, Proactive Dozing has begun to make its way onto jobsites as the system becomes commercially available.

Canadian Komatsu dealer SMS Equipment has been preparing to bring the Proactive Dozing system to its customers by sending James Barr, the company’s Smart Construction technology trainer, to Komatsu’s facilities where he had the opportunity to learn the system firsthand. With that experience, Barr will be able to demonstrate the system to Canadian dozer owners moving forward.

Barr, a mechanic for 17 years and trainer for six, has visited Komatsu dozens of times regarding new machines, control systems and other updates. He described his hands-on experience with the new system as a huge leap in grade control.

“What makes it unique is that it learns the terrain with every pass, and that helps enable the machine to effectively move through the jobsite – I think for the end user this matters, because every pass counts at that point,” Barr described. “Compared to what the previous dozing control logic was, it’s a huge change – it made it easier to work around the whole jobsite – all I had to do was focus on the direction the machine was going, and that was it. I let the blade control and dozer control handle everything else. There was a lot of trust there – it was quite impressive.”

Proactive Dozing Control uses Global Navigation Satellite System (GNSS) positioning and an inertial management unit that allows the machine to calculate its precise position on the jobsite at any particular time. Connected into the dozer’s hydraulics and engine controllers and using sensors linked into the cylinders, the system can calculate the precise position of the blade in relation to the machine’s body; using the built-in control logic, the surrounding ground is measured and the system can determine what work has been done on the area being graded.

With that information, the dozer can recognize the changes that have been made, compare it to the input plans, and automatically adjust the blade to do what is needed – whether that’s spreading material in one place or cutting somewhere else.

Finding the “wow” factor
For Barr, the machine’s ability to pick out what has been done and what needs to happen to reach the proper grade was a “wow” moment.

As an experienced dozer operator, Barr said the benefits to the operator are efficiency improvements and more comfort as the job progresses.

“It’s another tool in my toolbox – a feature that when you start to use it, you build trust with the machine and feel that the machine knows what it needs to do before you get there. I don’t have to worry about overcutting, I always know the machine has my back,” he said.

Proactive Dozing Control logic also means that less experienced and knowledgeable operators can perform the job at a higher skill level. For Jacen Cowick, SMS Smart Construction manager, that was evident when he got the opportunity to try the system out.

“When I was in the yard and James was teaching me, it was a little bit like muscle memory – the machine, when it went over the ground, was able to remember everything, all the contours and everything it was doing. Then on the second pass, it was able to remember that and make adjustments,” Cowick described. “The ‘aha’ moment for me was when James made me drive around and the machine began to understand the lay of the land – I realized that you could use this feature in all aspects of the job, from beginning right to the end, from stripping to filling. The value was there in all areas.”

Free update for existing owners
SMS has been working to ensure that its team is trained and knowledgeable on the Proactive Dozing Control as it rolls out to customers.

“We’re educating our team on how to share this information with our customers. . . we’re actively connecting with customers with existing models that can accept this update and saying ‘let’s have a meeting, update your machine and show you how much better it is,'” Barr said. “We go around with the control box, update their controller, provide training, and even update the operation and maintenance manual with information regarding this update.”

The update is free for existing customers, and future machines will be sold with Proactive Dozing Control included. If an owner isn’t sure about the benefits, Cowick said they can connect with SMS about a demonstration.

“Here in Edmonton, SMS has a proving ground and we have a machine equipped with this system, so customers can come and see the value of this system,” he said.