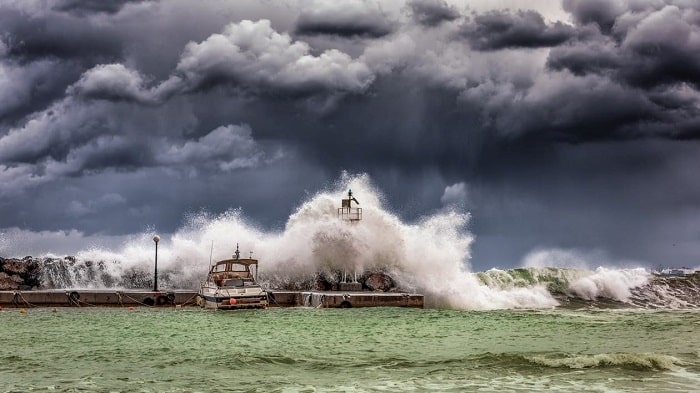 Every country has their own issues with extreme weather. Some suffer from high temperatures, others with huge amounts of snowfall. Some have earthquakes, others struggle with tsunamis. While these threats aren’t constant, when they do appear they can be devastating. Natural disasters are difficult to plan for because of their unpredictable nature and buildings in the affected areas often suffer structural damage which can be life threatening to those living and working inside.

How to Make a Disaster Proof Home

How well a house deals with different natural disasters can be down to a lot of factors, but for some like earthquakes and high-speed winds, flexibility and ductility are important factors because they mean that the house can ‘move’ without cracking. Steel has both of these qualities and is quickly becoming the construction material of choice in areas where the houses are under pressure from different directions. It is also a top choice for outbuildings and huts, as it makes them resistant to many natural disasters.

For most issues, reinforcing your structure is key. If the house was made without steel rebar you can add a steel rebar mesh to increase the tensile strength of your concrete or brick. For areas affected by tornados and hurricanes, it’s recommended to reinforce one ‘safe room’, underground if possible.

In order to try and combat the effects of natural disasters, builders and architects have been using different materials, shapes, and styles to create modern houses. While many of these ideas haven’t found their way into mainstream construction yet, they are certainly proving their worth in these homes.

Built by Russian company SkyDomes, these hemispherical domes are designed to withstand the harsh Russian winter. Their unique shape helps to keep heat within the home, but the dome also has another function – it is perfect for resisting the heavy snowfall that happens for many months. The SkyDome can withstand the weight of up to 700kg of snow per square meter, perfect for an area that is blanketed in snow for more than half the year. SkyDomes builds their homes out of sustainable materials like pinewood and cork making them an environmentally friendly option as well.

Situated in Washington State, the Tsunami House was designed for a family living on the coast who wanted to do everything they could to protect their home from the elements. The house features extended foundations which raise the main living area nine feet off the ground. These foundations are reinforced with steel to withstand repeated hits from high velocity waves and the house makes good use of steel and concrete throughout its structure. A clever design feature is the glass panels in the foundation which are designed to break under pressure, allowing the water to flow through the house rather than press against it.

Designed by New Zealand firm Architect’s Creative, this earthquake-proof house was built as a replacement for the client’s previous house – which was destroyed in an earthquake. With disaster prevention close to everyone’s heart, Ophir had to be resilient, so the architects again used steel as a way to create a structure which was strong yet resilient. The house features an exposed steel frame which is anchored directly into the ground, allowing the house to move as the ground does and preventing stress fractures.

Disaster-proofing houses is becoming more important in areas which are regularly hit by extreme weathers. While there are adjustments you can make to existing properties, new houses that are erected are taking into account design features like domed roofs and raised foundations which will help weatherproof them against extremes. Of course, houses that have to withstand hurricanes need different reinforcements than those that have to cope with heavy snowfall. Hopefully the disaster-proof houses on this list will still be standing for years to come and will inspire others to incorporate some of their features into new designs.