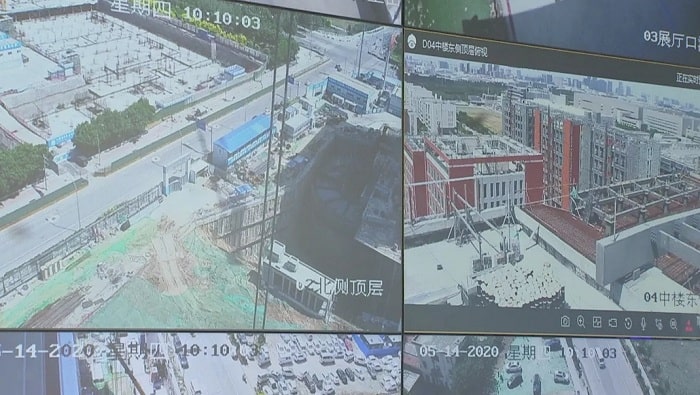 China’s first construction site to use 5G technology has been activated in Beijing, where some 40 contractors building a high-tech business district have upgraded their systems to make use of a network that transmits data at 10GB a second.

This exponential leap in transmission speed is prompting the trial of futuristic applications that could improve construction productivity.

Among them are “AI glasses” that allow engineers to see what workers are seeing on site from their offices, and communicate with them.

Other applications that may be deployed include robotics, multi-dimensional, real-time monitoring, the use of blockchain to verify information, and the use of the internet of things to automate progress reporting.

The site has also implemented a system to monitor the health of each worker by measuring 10 indicators, including blood pressure and electrocardiography, and issue physical examination reports.

The project is in the Beijing Economic–Technological Development Area, a zone of high-tech manufacturing plants in the city’s southeast suburb of Yizhuang.

Zhao Canzhen, chief project engineer of the Eighth Engineering, told the CGTN website that the 5G systems were being used to improve site monitoring.

“By using 5G, we can monitor tower cranes, and we have a multidimensional security monitoring system. In combination with the AI function, we can also identify if people are wearing masks on site.”

He added: “We will continuously explore other uses for 5G, such as blockchain, unmanned operations, robot construction and other applications in the field.”

The use of super-wide bandwidth made possible by 5G is being exploited by other companies to automate construction sites, with South Korea’s Doosan demonstrating a remote-controlled excavator in April last year, and Japanese contractor Taisei testing a similar machine on a site in Mie Prefecture in the Kansai region in January 2019 (see further reading).

Sites that use 4G or other wireless systems typically run into bandwidth and latency issues when companies working on them use technology that requires high amounts of data to be transferred.

This happens particularly when visual information is being transmitted in real time, or when many users try to send information simultaneously.

By contrast, 5G offers an almost unlimited bandwidth and can accommodate as many users as are likely to require it.
China’s Ministry of Industry and Information Technology issued its first 5G licence last year. The system on the Yizhuang site is being provided by China Unicom, a state telecoms company.