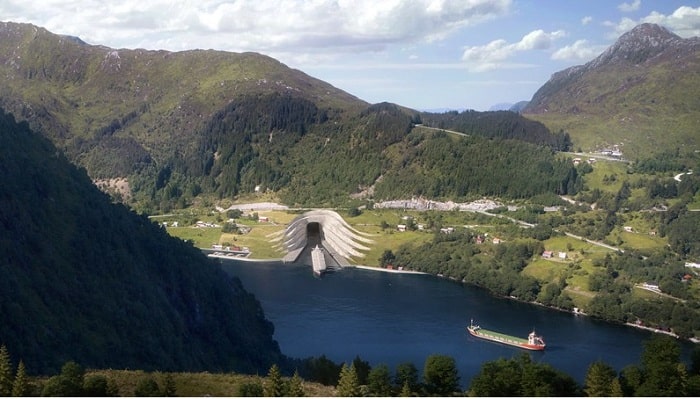 Norway’s Stad Ship Tunnel project, also known as the world’s first full-scale ship tunnel, has received a green light to kick off the preparations for the construction.

Namely, the approval came in the allocation letter from the country’s Ministry of Transport and Communications to the Norwegian Coastal Administration, defining the tasks that are to be initiated.

“Based on the allocation letter, we will now start the processes of acquisitioning properties in the area where the ship tunnel will be located, as well as put in place a project organization, prepare a tender basis and initiate a tender,” Terje Andreassen, the temporary project manager for the Stad Ship Tunnel at the Norwegian Coastal Administration, said.

The allocation letter requests that the property acquisition be completed, if possible, during 2021.

The Ministry of Transport and Communications is now preparing a proposition to the Norwegian Parliament about the project, which will be presented during the spring.

As informed, NOK 75 million ($ 8.8 million) in start-up funds has been set-aside in the state budget for 2021. The project is estimated to cost NOK 2.8 billion (excluding VAT), with a construction period of three to four years.

The goal is to sign a contractor during 2021, which will allow construction to start in 2022.

“If everything goes according to plan, the world’s first full-scale ship tunnel will be completed in 2025/2026,” said Andreassen.

The project will be the first ship tunnel of this size in the world. As disclosed earlier, the construction of the tunnel is to make one of the most challenging and hazardous shipping lanes in Norwegian waters safer for sea transport.

Specifically, a combination of sea currents and subsea topography creates particularly complex and unpredictable navigational conditions in the area.