A controversial plan that will grow NYU’s Greenwich Village campus by 2 million was unanimously approved by the City Council on Wednesday. The vote was 44 to 1. Construction of the first of the new buildings will begin in 2014. The approved plan, as described by the New York Times, ‘will add four buildings that contain a skyscraper’s worth of classrooms, dorm rooms and office space to a leafy 12 block parcel’, is 25% smaller than the original one. It was scaled back due to tremendous opposition from the neighbourhood, particularly the Greenwich Village Society for Historic Preservation, whose mission it is to protect the character of the neighborhood and the quality of life for its residents.

Speaking on the decision shortly after the vote was in, Andrew Berman, the executive director for the GVSHP said: “There’s not a single community group that worked on this that’s satisfied with what’s been arrived at.” His group plans to pursue legal action against the University. 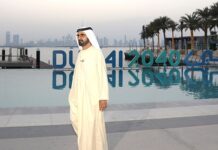