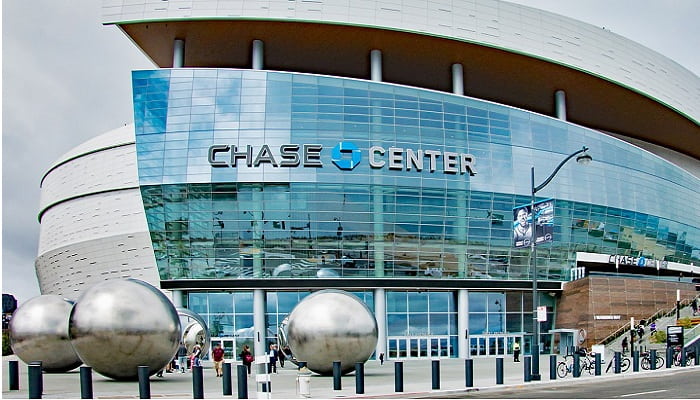 The complex project to build a $1.4bn stadium for San Francisco basketball team the Warriors, which completed on the scheduled day despite many unusual logistical constraints, has won top prize in the 4D Construction Modeling category in Bentley Systems’ Year in Infrastructure Awards.

The team, a joint venture between national contractors Mortenson and Clark, used sophisticated 4D modeling technology to schedule an intensive programme that peaked at $2.5m worth of construction a day while adhering to stringent noise, dust, crane-height and other restrictions.

Judges were particularly impressed by the JV’s handing of crane movements. Five tower cranes and two crawlers had to operate just inches under the flight path of patient-transfer helicopters landing at and taking off from the hospital next door.

In all, around 37,000 individual tasks and 93,000 schedule relationships had to be managed during the project to build the Chase Center, which broke ground in January 2017 and finished as specified on 1 August 2019 – in time to prepare for the Metallica/San Francisco Symphony concert scheduled for 6 September, and the Warriors’ first game of the 2019 season on 5 October.

Delay was not an option since the liquidated damages a delay would trigger would have been ruinous for the Mortenson | Clark JV, with damages calculated on lost event revenue and the disruption to the NBA games schedule.

“Six months before the building opened, they were selling tickets,” said Brian Nahas, virtual design and construction manager for Mortenson, who was on hand to collect the project’s prize at a gala dinner in Singapore on 24 October, with Mortenson’s integrated construction director for sports and entertainment, Michal Wojtak.

Nahas and Wojtak said the benefits of the 4D model – which adds a scheduling dimension (time) to a 3D digital model of the building – were “unfathomable” in executing the project.

The visualisation capabilities of the technology, which included Bentley’s Synchro tool, helped drive timely decisions at stakeholder meetings involving up to 40 designers, engineers, foremen, schedulers and specialists. It also helped improve communication with trade subcontractors and a workforce of over 8,000, in meeting critical path milestones.

“This is my fourth sports job, and they are all unique in their own regard; however, this one is the most challenging and complex that I’ve done,” said Trevor DeLong, senior superintendent on the project for Mortenson | Clark.

He added: “It demanded a world-class 4D construction model to identify, resolve and understand the project.” 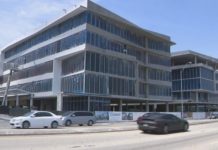 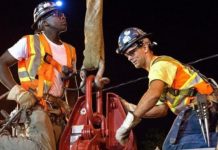 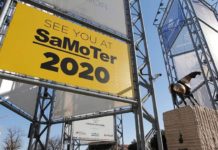 Veronafiere: SaMoTer and asphaltica rescheduled October together with Oil & non-Oil

The construction industry has announced new changes on how daily operations are to be done during the COVID-19 pandemic. The Manitoba Building Trades (MBT)...