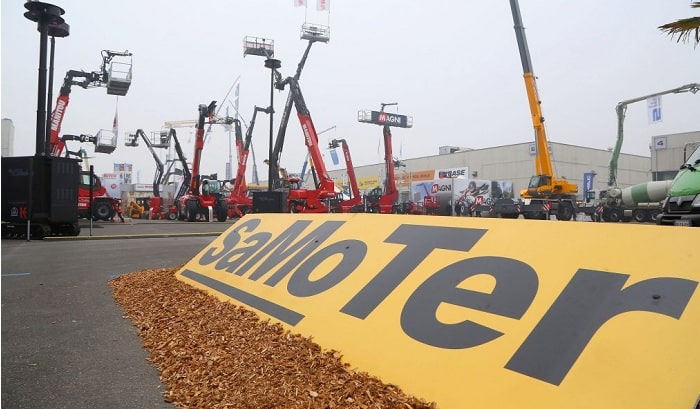 Users indicate that innovation is one of the main driving forces in the purchase of new construction machinery: the key requirements are efficiency and green content in terms of emissions and noise. Intelligent machines are coming to play an increasingly central role in the sector: 16% of users and 31% of hire firms believe it is an important criterion when making purchasing decisions. Moreover, almost 4% of users (with peaks of 16% in the mining sector) have replaced still-operative conventional plant by smart models.

These are just some of the aspects that emerge from the SaMoTer-Veronafiere survey conducted in collaboration with Prometeia and with the support of Ance Verona, Anepla, Assodimi – Assonolo, Nad, Unacea, that was presented today during the sixth edition of SaMoTer Day held at the Veronafiere Congress Centre. This research provides an updated mapping of the construction machinery fleet operating in Italy and highlights the changes that have taken place in the decade 2008-2018 as regards its size, technological characteristics, average age and the main aspects concerning the methods machinery usage, both owned and hired.

“SaMoTer Day is a chance for meetings and discussion for the SaMoTer community. We want to provide companies with a full-scale market intelligence tool to tackle rapidly changing current and future economic scenarios,” said the CEO of Veronafiere, Giovanni Mantovani. “A modern trade fair operator today must flank product promotion with a role as solution provider for its customers.”

This survey involved a sample of 514 realities in various sectors of activity and company dimensions. The reference market in Italy – taking in construction companies as well as manufacturing, mining, agricultural or specialist firms – boasts a total of 120,224 enterprises and 1.018 million employees for production worth 188.71 billion euros. 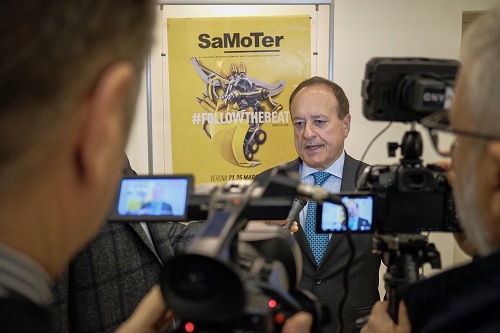 CONSTRUCTION MACHINERY FLEET. The construction machinery fleet is estimated at 179,224 vehicles. It largely comprises earth-moving machines (66.1%), lifting equipment (20.7%), road-building (8.2%), concrete (4%) and drilling plant (1.1%). On average, 30% of these vehicles are owned by hire firms, with significant distinctions between various kinds of machine: the rental fleet ranges from as much as 61% for hoisting/lifting vehicles to 2% for concrete plant.

INTELLIGENT MACHINES. The manufacturing sector is the one that has most up-dated its fleet of vehicles by introducing intelligent machines, followed by large construction companies. The search for more innovative models (67.9%) was the main factor influencing the decision to prefer new technologies.

The possibility of accessing tax relief measures also plays a role in purchasing decisions: 44% of respondents said they used it to buy machinery for their fleets, especially super-amortization, the new Sabatini law and ISI tenders.

Geolocation is the most common feature sought among various machine technologies, for both user-owner and rental fleets, while benefits considered to be the most strategic by companies (67.4% of interviewees) focus on safety, as well as environmental sustainability, particularly for large construction companies, the manufacturing sector, multi-utilities and farms. Looking into the future, companies hope to see an increase in the strategic nature of smart technologies in coming years: predictive maintenance is acknowledged as one of the most important today and in the future, while electrical engines, according to interviewees, will be the field seeing the most growth.

USER AND RENTAL FLEETS. It is estimated that there are just under 120,000 users of construction machinery, of which more 70% in the earthmoving sector. On average, 78% of the fleet consists of machines purchased new, the remaining 22% being second-hand. The share for second-hand machinery is particularly high for drilling machines, at more than 40%. For earthmoving, the figure has increased to 22%, from 7% for the 2008 survey.  The decision to resort to rental, compared to the use of owned machinery, has increased to about 30% over the last two years. Small construction companies, nurseries and farms are the business categories that make the most use of rental services.

Owned machines are used on average for 759 hours a year, compared to 281 for plant on hire. As regards earth-moving, the average figure (690 hours) is in line with the 2008 result. Analysing the composition of the machinery pool in relation to propulsion systems, the sample in question indicates a higher incidence of obsolete machines (Stage I and II) among concrete and drilling plant. Earthmoving and road machinery, on the other hand, boast around one-third of the machinery pool in Stages IV and V (recently added).

The average age is around 11 years, albeit with some distinctions: road and earthmoving machines have an average age of around 10 years, while for lifting/hoisting machines the figure is more than 14 years. Among operators, the “youngest” machine pool involves companies operating in waste collection and disposal, excavations and demolitions, as well as large construction companies; the “oldest” are operated small construction companies.

EARTH MOVING MACHINERY. The survey estimates that there are 118,402 earthmoving machines. the fleet is half the figure for 2008, with a stronger drop for users (-59%) compared to hire firms (-19%), in line with market downsizing in the wake of by recession in the construction sector. In this context, the role of earthmoving machinery hire appears to have risen sharply over the last decade to 29.6% from 18% estimated in 2008.

In more detail, the reduction in fleets affected users much more significantly than hire firms: as regards users, the decline involved all types of machinery, with a particularly strong downturn for backhoe loaders (-75%) and a smaller setback (-18%) for dumpers. Hire firms, on the other hand, have largely decommissioned larger and more “traditional” machines (dozers, dumpers, backhoe loaders, crawler loaders) to focus on smaller and more versatile plant (mini-excavators, skid steer loaders, telescopic loaders) that have substantially maintained levels seen in 2008.