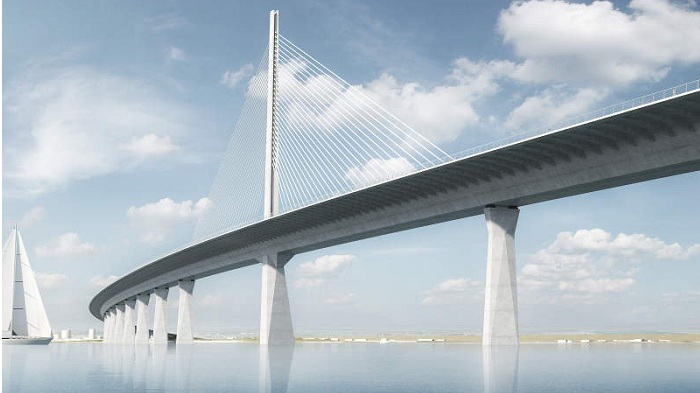 The 4km long cable-stayed bridge will link Zealand and Falster via Masnedø. The bridge will replace the old and outdated connection across Storstrøm.

The new bridge will be Denmark’s third-largest bridge after the Øresund Bridge and the Great Belt Bridge, which Ramboll also helped deliver.

The new Storstrøm bridge will include electrified double rail tracks accommodating speeds up to 200kmph, a two-lane road along with pedestrian and bicycle path.

The bridge is expected to be open for car traffic in 2022 and rail traffic could start in 2023.

Ramboll Denmark large bridges department head Anne Moloney said: “Ramboll has a long history of designing bridges in Denmark. The Storstrøm Bridge is clearly one of the most exciting infrastructure projects in Denmark in the coming years.

“We are already working closely with SBJV to optimize the delivery of the project and will increase staffing further soon. It is a privilege to work on projects of this scale and importance.”

The bridge is claimed to have strong regional importance and it is expected to play a crucial role to play in the railway corridor between Copenhagen and Germany.

SBJV had won the tender from the Danish Road Traffic Authority, to build the bridge in February 2018 and it includes three companies Itinera, Grandi Livori Fincosit and Condotte.

The overall value of the Storstrøm Bridge is nearly $678m and it also includes the cost of demolishing the existing bridge.

SBJV area manager Emanuele Lancellotti said: “We have asked Rambøll to be part of the construction of the new Storstrøm Bridge. We know Rambøll as a serious and skilled company from their previous work on the project and therefore it was a natural choice to ask Rambøll for the extra capacity.

“It is evident that Covid-19 will have an impact on this project, but with the addition of Rambøll we hope to mitigate some of the potential setbacks.”