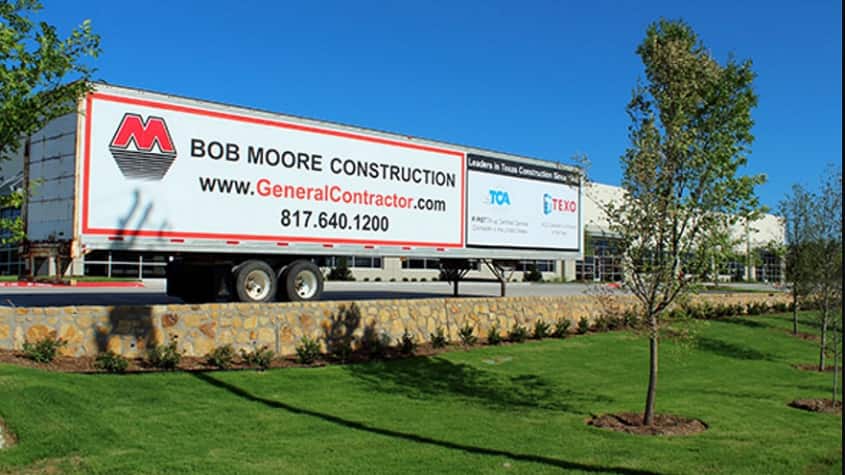 The TCA’s Safety Award program recognizes general contractors that are committed to maintaining safe working environments on their job sites. The Zero Lost Time Safety Award is given to those TCA member companies whose superior safety programs have resulted in no jobsite incidents that resulted in lost man-hours of work for the 2016 calendar year.

Bob Moore Construction’s safety program has previously been recognized with numerous certifications and awards:
Bob Moore Construction was one of the first general contractors in Texas to be accepted in the exclusive OSHA Local Partnership program.
The company was one of the first general contractors in Texas to have its superintendents certified as Tilt-Up Supervisors by the American Concrete Institute in a joint program with the TCA.
The company became the first general contractor in the United States to be formally certified as a tilt-up company by the TCA, in a program that included an evaluation of its safety program.
Bob Moore Construction has received numerous safety awards including numerous TCA Zero Lost Time Awards, The CompGroup AGC Safety Award and the AGC’s Safety Director of the Year.
“We take great pride in any award that recognizes our safety program,” said Ed McGuire, President for Bob Moore Construction, “but the Alphonse J. Engelman Zero Lost Time Award really is the ultimate measure of our success.

“In 2016 we performed tens of thousands of man-hours of work without losing a single hour to a jobsite incident,” explained Mr. McGuire. “That accomplishment goes beyond having a good safety program. It speaks to the tremendous partnership we have with our superintendents and subcontractors whose commitment to safety makes our program succeed every day. This award recognizes our employees and subcontractors who have dedicated themselves to that commitment, and we appreciate the TCA’s recognition for all the great work our people do.”