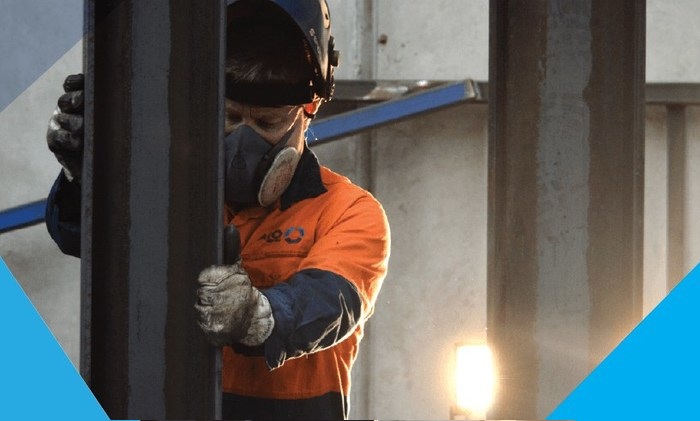 World Construction Today – Construction’s skilled labour shortage is a well-known and serious concern for the US construction sector, but the extent of the problem shows issues that need to be resolved right away if the country is to satisfy rising construction demand.

The Associated General Contractors of America (AGC) and Autodesk conducted a workforce survey, and the results show that 93% of construction companies report having positions available they are trying to fill, and that 91% of those firms are having trouble trying to fill at least some of those positions, especially among the craft workforce that accomplishes the majority of on-site construction activities.

According to Ken Simonson, chief economist at AGC, the most common rationale for problems filling positions mentioned by 77% of employers is that available individuals lack the skills required to work in construction or cannot take a drug test.

According to the national employment figures, the construction sector’s unemployment rate as of July was actually slightly lower than that of other sectors, he added. That’s remarkable in a sector where workers aren’t typically kept on the payroll once a project is completed. With a 3.5% rate, virtually no one with prior construction expertise is actively seeking employment in the industry.

However, a panel of construction professionals in a webinar hosted by AGC said the industry needs to attack the issue from every perspective, which includes education and training, public relations, and things as simple as employers improving wages, perks, and labour standards. The survey results highlight the need for public officials to invest in new workforce development programmes focused on the construction industry.

According to Simonson, federal, state, and local officials must invest in the kinds of professional and technical education programmes that will introduce more current and future employees to the myriad job possibilities that exist in construction. Additionally, these programmes offer the kind of fundamental capabilities employers are looking for.

On a completely separate note, Simonson proposed that in order to help cover demand gaps, federal officials could also take action to permit more workers to legally enter the nation. Later in the online conversation, the panellists discussed how to spread the word about the advantages of a career in construction to other undiscovered labour pools, including those in the retail and hospitality industries who have been laid off as a result of the COVID-19 pandemic’s restrictions.

The panellists also talked about considering those who have served time in prison as job seekers because many of them are trying to better their lives but haven’t had much luck finding work.

LaTasha McCall, owner/president of LM2 Construction Inc. in Kansas City, Missouri, said they have recruited a couple of young females who had been imprisoned and have had wonderful success with it. They have had more success with the women and men they recruited who were in prison than with the folks they recruited coming out of high school, she said.

The TradeUp programme was mentioned as a potential remedy since it gives people wishing to shift careers professional guidance and leadership training, in addition to education, accreditation, and certification for construction, utilities, industrial, ports, and terminals. TradeUp helps people transition into skilled trade employment by establishing direct connections between funding sources for workforce development and community organisations and employers.

Regardless of potential remedies, the existing shortages will undoubtedly hinder the completion of projects.

Construction enterprises of all shapes, sizes, and labour arrangements are suffering from a serious scarcity of labourers, according to Simonson. These labour shortages are making it harder for businesses to deal with supply chain risks that are driving up building material costs and causing uncertainty in delivery times and product availability.

82% of businesses claim that projects they are working on have been delayed due to supply chain issues, and six in ten state that projects have been delayed due to manpower shortages. The federal government’s new infrastructure spending and more recent expenditures on semiconductor manufacturers and energy infrastructure projects won’t deliver as much as promised if there aren’t enough people to keep up with demand, Simonson cautioned.

The findings indicate that all kinds of businesses are facing the same difficulties. Contractors working on building building projects, highway and transportation initiatives, federal and heavy work, or utility infrastructure reported results that have been remarkably similar, whether they used only union craft labour or open-shop employers, contractors with an annual revenue of $50 million or less, or those with more than $500 million.

Construction is becoming more expensive as a result of labour shortages and supply chain issues. In the past year, 86% of businesses increased the basic pay rates for their employees, while 70% passed on higher material costs to project owners.

Some project owners have cancelled or delayed projects due to cost and supply chain issues; according to 58% of respondents, owners have done so due to rising costs, while one-third of enterprises say projects have been affected by extended or unknown completion deadlines.

Many construction companies claim to be taking action to address the labour shortage. Along with the fact that most companies have increased pay rates, 45% of them are now offering incentives and bonuses, and 24% of them have also upgraded their benefit packages.

Technology is a key factor in how well businesses are able to deal with difficulties like labour shortages. 87% of businesses agree that in order to enable new technologies to succeed, staff must be proficient in digital technology. Even if few candidates have the necessary construction abilities, at least half of the responding businesses claim that the individuals they are employing have the necessary technology skills.

While the majority of construction companies are now having trouble filling vacant positions with qualified candidates, Allison Scott, director of customer experience & industry advocacy at Autodesk, noted that as more workers retire, the labour crisis will only worsen. What’s promising is that construction companies understand this and are doing pro-actively to train young people for careers in the industry.

She continued, saying the industry is committed to taking action to build the next generation of the workforce, as seen by the increased efforts in career development and training programmes, as well as an emphasis on digital skills.

The AGC is urging officials at the federal, state, and local levels to support career and technical education initiatives that will introduce more current and future workers to the diverse career options in the construction industry. In order to help bridge demand gaps until the domestic channel for training personnel is established, the group is also pleading with federal officials to permit additional workers to legally enter the country.

There is a lot of work for the business to undertake, but there aren’t enough workers or resources to finish the projects, according to Simonson. The construction industry will be able to rebuild America’s infrastructure, modernise its manufacturing sector, and contribute to the delivery of a more dependable and cleaner energy grid by addressing labour shortages and supply chain issues.