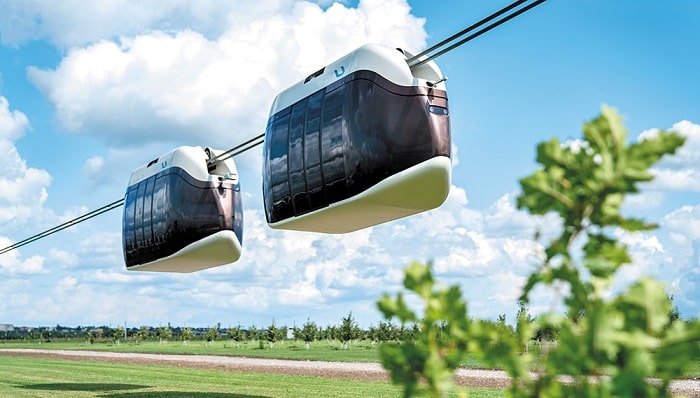 Last week, World Construction Today published an article comparing the Unitsky String Technologies Inc. transport and infrastructure complexes to a cableway. It turned out that these are two completely different transport systems that have only a slight external resemblance. Why not compare now the product of UST Inc. with other modes of transport that have similar features? After collecting data from open sources, we decided to compare it with monorail, maglev, tram, and metro. The findings were, to put it mildly, surprising.

A few words about the development company

Unitsky String Technologies Inc. (UST Inc.) is an international engineering company engaged in the production of overpass transport complexes. Unmanned electric vehicles on steel wheels moving along string rails are capable of reaching speeds of up to 150 km/h and carrying up to 50,000 passengers per hour. 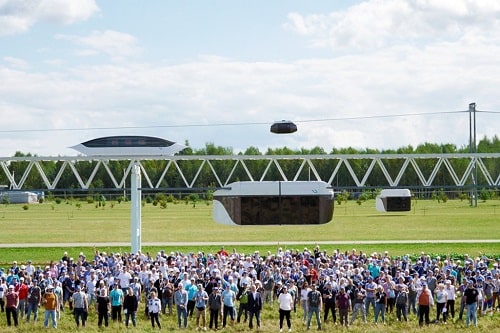 Isolated monorail lines built above the ground are a safe and secure mode of transport. In our opinion, it can be called the closest “relative” of Unitsky String Technologies Inc. transport and infrastructure complexes. The first monorail in operation was the road in the German city of Wuppertal. It survived two world wars and is still in operation, carrying about 85,000 passengers a day. Modern monorails have been significantly improved, but they can hardly be called a common mode of transport. One of the main reasons is high construction costs and hardly an amazing performance. Well, let’s move on to the comparison.

– The length of the UST Inc. transport complex is unlimited. Monorail has a length of approximately 50 km;

– Unitsky String Technologies Inc. electric vehicles have a travel interval of 20-50 seconds. As for monorail it is 5-20 minutes;

– UST Inc. can carry up to 500,000 passengers per day. This is almost four times higher compared to a monorail system, which can transport only 137,000 people at the same time;

– The cost of a string rail overpass construction (the price depends on the type of track structure and the nature of the terrain) is about four times lower than the construction of a monorail track. 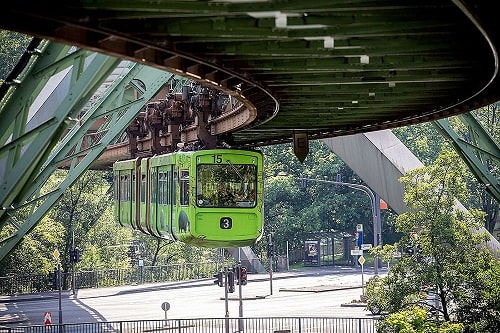 The track structure of the monorail seems too cumbersome and slow compared to the flexible string rail track of UST Inc. Photo: liveinternet.ru 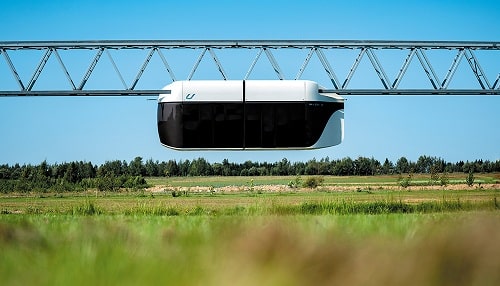 Maglev trains are considered more environmentally friendly, quieter, and faster than conventional modes of transport. In the event of an accident, they will not go off the rails and will be able to stop safely. However, maglev never became widespread. And that’s why.

– It takes a lot of money to build maglev roads. For example, more than $1 billion has been spent to build a small maglev in Shanghai. The cost of constructing UST Inc. transport complexes is incomparably lower;

– Maglev is much more difficult to integrate into urban infrastructure than string transport;

– The maglev track structure is designed for high-speed trains only, while the same UST Inc. string rail overpass is suitable not only for passenger models with different speed limits, but also for cargo transport;

– Maglev pays off only after a few decades. For a UST Inc. product with low operating costs, the payback period can be a matter of several years;

– The maglev electromagnetic field can adversely affect human health and the environment, interfere with electrical devices. At the same time, string transport stands out for its environmental friendliness and noiselessness. 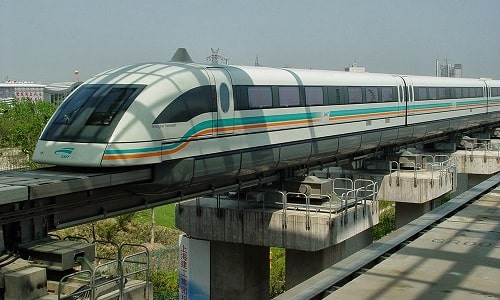 The construction of the Shanghai maglev cost the city $ 1 billion. Photo: hdwalle.com 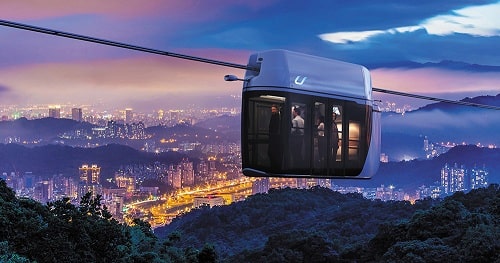 String transport is much easier to integrate into urban infrastructure than maglev.

It would seem that the tram is an ideal city mode of transport. It is environmentally friendly and spacious, has fairly low operating costs and designated tracks. But in cities, modern public transport can be even more convenient and efficient. Can electric vehicles by Unitsky String Technologies Inc. compete with tram? Let’s figure it out.

– Tram tracks are not isolated from traffic and pedestrians, which occasionally results in traffic accidents. An accident involving one tram can block the entire branch, paralyzing the entire line operation. String transport moves above the ground, so there are no such problems;

– The tram is driven by a person. Human factor often leads to road accidents. UST Inc. electric vehicles are equipped with an automated control system. It completely excludes human intervention and responds to changes in traffic conditions; 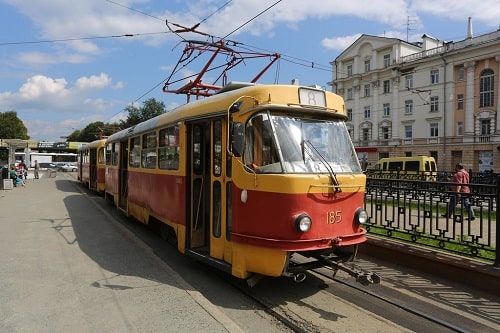 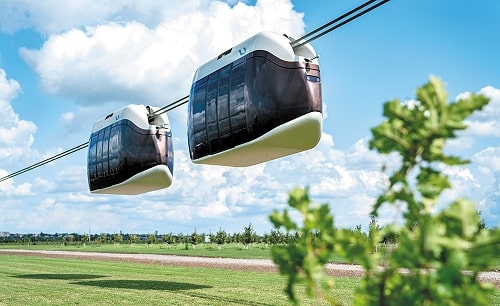 It is impossible to imagine life in modern metropolitan areas without metro. However, its construction is very costly and takes time. If a new station needs to be built into the existing urban infrastructure, closed roads cannot be avoided. But let’s get to the numbers.

– The maximum speed of the metro is usually about 110 km/h, string transport can move at speeds up to 150 km/h;

– The interval between metro cars is usually between 2 and 8 minutes. As for UST Inc. rail vehicles – the value is between 20 and 25 seconds;

– The metro payback period can be more than 40 years. The transport and infrastructure complex of Unitsky String Technologies Inc. will pay off much sooner. 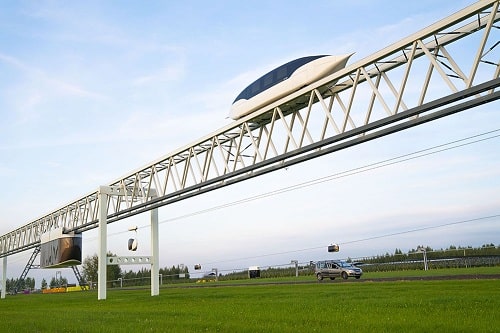 String transport is capable of transporting up to 50,000 people per hour. 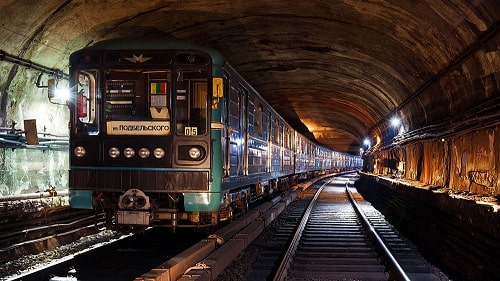 And yet both transport systems have a similar capacity.

String transport – the answer to the challenges of our time?

Let’s summarize. Monorail, compared to string transport, is much slower and has a limited track. Maglev pays off for a long time and is much harder to integrate into urban infrastructure. A tram is operated by a person, does not have an isolated line for movement, and is characterized by a relatively low speed. The metro construction will be costly and time-consuming. In addition, this process is often coupled with road closures, which can lead to congestion. At the same time, metro is inferior to string transport in terms of speed and comparable to it in terms of carrying capacity. UST Inc. rail electric vehicles are by many measures more efficient and economical than conventional modes of transport. They are mobile, fast, environmentally friendly, safe, and are not susceptible to accidents and traffic jams. Which of the modern modes of transport have all of these characteristics? The answer is obvious. We will not be surprised if string transport is actively introduced in different countries of the world in the next decade since its characteristics most fully meet the requirements of our time.