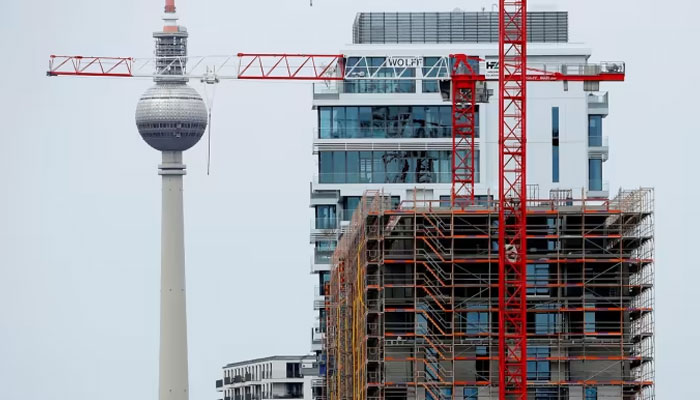 World Construction Today – InEight, a provider of construction project management software, has introduced its second annual Global Capital Projects Viewpoint. The report is based on insights gained from research undertaken with 300 of the largest capital project developers in the world, in addition to construction practitioners from Europe, North America, and the Asia Pacific.

According to the study, 96% of European participants are either moderately or very enthusiastic about their organization’s growth prospects for the upcoming year, which is a considerable increase from 89% in 2021.

The primary area for growth is data gathering, analytics, and insights coming to 67%, yet nearly all European respondents, i.e., 91%, said that their experience with change management needed to be better, indicating the requirement for a more comprehensive, human-centered strategy for implementing technology.

Despite having the largest percentage of digital strategy in place and the most digitally advanced region, Europe shares the same problems as the rest of the world with regard to technological advancements. Similar to worldwide trends, European respondents cited technical and system constraints (49%), process and data integration problems (54%) and uneven or sporadic deployment (52%) as their top three sources of annoyance.

Everyone mentions prospects for expansion for both homeowners and contractors. The industry’s resilience, optimism, and confidence are so powerful that they are practically palpable. Given the economic environment that organisations are functioning in and the difficulties posed by the digital transition, this is extremely encouraging according to InEight CEO Jake Macholtz.

However, the promise of utilising digital technologies like automation, machine learning, and artificial intelligence is also uplifting people across Europe. According to the study, respondents see digital technology as generally useful in their day-to-day jobs, especially since it helps to connect (by 55%), prioritises activities and manages project workflow (54%), and automates chores to save time (49% ).

With 92 % of Europeans expressing concern about the direction of digital transformation, it is clear that a more human-centric strategy is required. The biggest barrier to utilising current digital technology more effectively has been identified as a lack of investment in training.

More automation was the top response from 51% of respondents in Europe when asked what advantages they anticipated digitalization could offer in the future. 42%, however, also expressed anxiety about the likelihood that automation will totally replace jobs. According to Macholtz, European respondents are keen to experience the advantages of digitisation, but their companies are not doing enough to train staff and communicate their intentions.

The effectiveness of any changes in technology ultimately depends on the end user, thus a human-centric approach to the digital transformation is crucial. Construction looks to be optimistic about the trajectory of the industry, despite the background of supply chain interruptions and bottlenecks, inflationary pressures, fuel security issues, and the conflict in Ukraine.

Construction projects have grown by 8% in Europe according to respondents, and resilience has remained fairly strong. Compared to 91% globally, 94% of respondents from Europe believe their organisation is indeed very or somewhat resilient. In contrast to last year’s outlook, this year saw a sharp decline in the percentage of projects that were finished on time and within budget by -16% and -8%, respectively.

European respondents emphasised uncontrolled or unanticipated risk (53%) as the biggest determining factor on whether a project will be finished on time and under budget, closely followed by communications gaps among stakeholders, underlining the precarious global operating climate (52%).