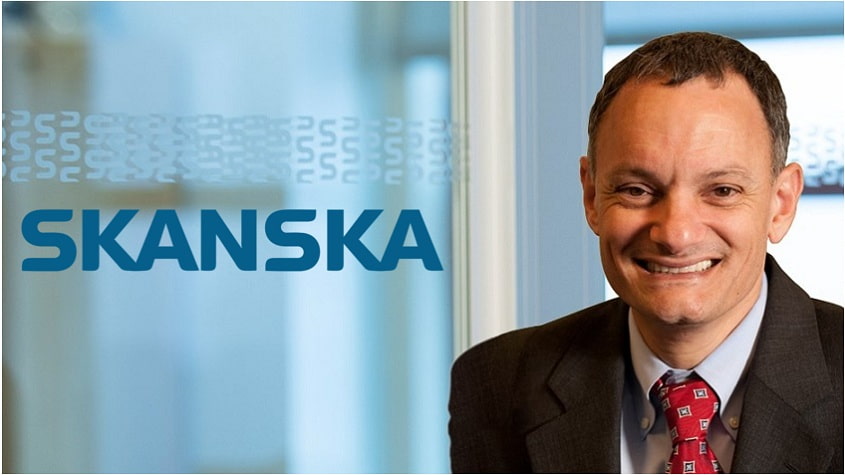 Don Fusco is a member of USA Civil’s Senior Leadership Team, and has led the West region as its Chief Operating Officer since 2015, overseeing all operations in the states of California, Oregon and Washington.

Don Fusco has been working for Skanska for 16 years, with a total of 29 years in the construction industry. Throughout his Skanska career, Fusco has overseen the construction of some of Skanska’s most complex projects, including the Second Avenue Subway and No. 7 Line expansions in New York City. Don Fusco succeeds Richard Cavallaro.

“Don Fusco is a seasoned leader, with a proven record of performance, who is also not afraid to challenge conventions. He has a strong business sense that will ensure his success in a highly competitive environment. I also want to thank Richard Cavallaro. His many years of dedicated work has taken Skanska to a strong position in the US market,” says Skanska Group Executive Vice President Richard Kennedy.

Skanska is one of the leading construction and development companies in the USA, specializing in building construction, civil infrastructure and commercial property developments in select US markets. Skanska USA had sales of SEK 59 billion in 2017 and has approximately 9,500 employees.

Skanska is one of the world’s leading construction and project development companies, focused on selected home markets in the Nordic region, Europe and USA. Supported by global trends in urbanization and demographics, and by being at the forefront in sustainability, Skanska offers competitive solutions for both simple and the most complex assignments, helping to build a sustainable future for customers and communities. The Group has about 40,000 employees. Skanska’s sales in 2017 totaled SEK 161 billion.