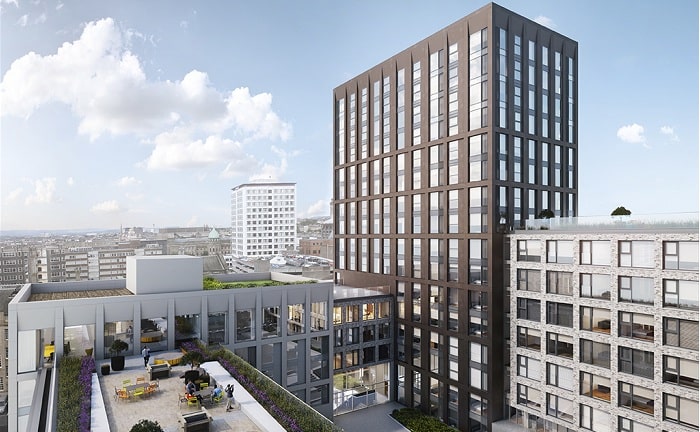 The project, which is said to be Moda Living’s first build-to-rent development in Glasgow, will be built on the site of the former Strathclyde Police HQ building in Pitt Street.

It will include construction of 433 Private Rented Sector (PRS) apartments that will be arranged in four blocks from 8 to 19 storeys, along with associated mixed-use space at street level.

Robertson has implemented its Assured Construction Delivery (ACD) approach on the project that has delivered certainty on cost and programme through detailed modelling and planning.

The company stated that the logistics associated with a constrained city centre development of the same scale are said to bring their own complexities, which have also been addressed through the Robertson ACD approach.

The new build-to-rent development has been designed by Glaswegian architects HAUS Collective and Ryder Architects.

Following a period of demolition, the contractor has started work on the project on 11 January and the project is expected to be completed in late 2023.

Using slipform concrete cores, the beginnings of the tower structures are scheduled to take shape from April.

Furthermore, BentallGreenOak, a global real estate investment manager, has also provided a four-year £80m debt facility for the construction of the project.