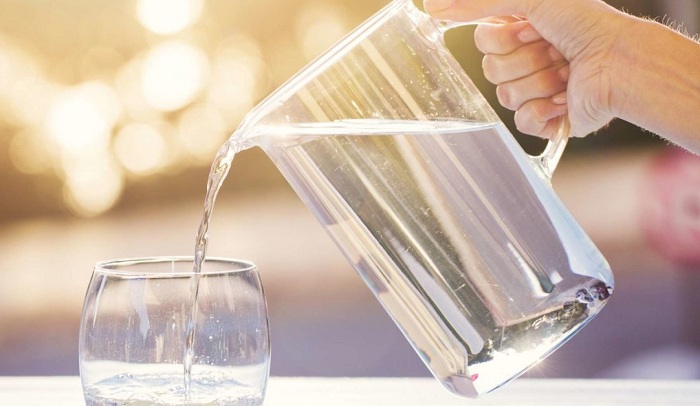 Between industrial water treatment plants the size of city districts, small yet complex home water filter systems, and immense water parks attracting thousands of people each year, it can be easy to forget just how much thirst has made us struggle as a species.

For most of our existence, our survival was dictated by access to water. Since our bodies are made up of about 80% water, it is absolutely critical we remain hydrated so as to function properly and, hopefully, reach a long-lasting age.

However, drinking water isn’t as simple as just, well, drinking it. Water can be contaminated in many different ways, all of which can harm us. This article describes the vast history of water treatment and how we came to attain potable water.

In the modern age, water is not so much a luxury as it is a ubiquitous good we’ve come to take for granted. To give an example, most of us keep the tap running whenever we brush our teeth or don’t mind leaving the garden hose running while we grab a drink from inside the house.

Although we don’t think much of it, since water seems to be abundant and in a never-ending supply, humanity has struggled for almost all of its existence when it comes to keeping hydrated and not dying from exposure to contaminants.

This is for a large variety of reasons, namely among them being the fact that any source of drinking water will attract competition, which in turn will evolve into conflict.

While at first humans had to contend with predators over areas of potable water by harnessing bow and spear, the situation evolved into an all-out war between humans themselves much later on in history.

In many parts of the world, the cultures and civilizations that had access to water were able to thrive, while those who did not were barely able to survive. This is because by the time humans stopped their hunter-gatherer lifestyle and settled for an agrarian society, they needed to have constant access to hydration.

The Yangtze River civilization of the Neolithic and Bronze Age periods, for example, better known as the precursor to the Chinese people, was able to prosper due to its close proximity to water. The Fertile Crescent as well, dubbed the “cradle of civilization,” was favored because of how moist the land was due to nearby rivers.

Ancient Greeks are known to have practiced the understanding and manipulation of water better than other contemporary civilizations. Although most people naturally and intrinsically understood that bad-smelling or looking water is not drinkable, some cultures did not develop water technology due to a lack of exposure or need.

Most upper-class Greek homes, for example, were known to have a cistern in the basement of the house, made from cold, hard stone that was able to store water almost indefinitely. They did this by lining their homes with drain pipes or by having holes in the rooftops that allowed the water to flow into the cistern.

This might seem to be a surprising question for some, but it is based on a very common misconception about drinking water in less modern times. According to rumors, people always drank alcoholic beverages instead of water, as the water was almost always contaminated with some pathogen or another that could ruin your health.

The answer? Both true and false!

What is true is that it was easy to find contaminated water. This applies for several reasons, such as how a deer can die near a body of water and thus corrupt it, or how a tannery or a dye factory can discard its waste into the river.

It wasn’t until much later in history that laws and regulations were established against that. For a long time, any water that did not come from a shallow, fast-flowing stream or a well was likely to leave you ill in some manner or another.

However, there are also a lot of other factors to take into consideration. One of them was the fact that most people who reached adulthood had already built an immunity to contaminants found in water or else they would have died young and were thus able to drink it more easily.

Another is that regardless of area, wine, beer, or ale, whether cheap, watered down, or vinegary is still costly to produce. Well water, on the other hand, which is mostly clean, is not. Despite common belief, alcohol production was not so efficient back then as it is today, regardless of what we’d like to think.

So, yes, people drank a lot of alcohol, but this doesn’t mean they didn’t drink water either. Drinking water was much harder to acquire than now, but they had their ways.

The Lifeblood of Humankind

Where would we be without water? Absolutely nowhere, most likely. We’ve gotten used to having access to water all the time, whenever, wherever, but imagine a world in which we’d fight and struggle every day for a handful of sips.

The main takeaway is that we should value water and never let it go to waste. Prize what you have!