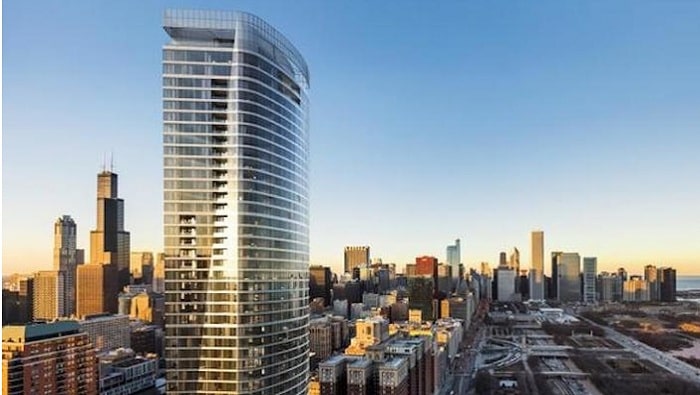 Chicago Tribune reported that construction of Helmut Jahn designed USD 470 million 74 story condo tower 1000M skyscraper on South Michigan Avenue in Chicago in USA has been halted to prevent the spread of COVID-19. The 1000M developers, Time Equities, JK Equities and Oak Capitals, said that construction work has been stopped since the first phase of foundation work was completed.

They said “When the COVID-19 situation arose, we had workers underground, working shoulder to shoulder, making it effectively impossible to maintain proper social distancing. We consulted with our experts and we all felt the safest route was to temporarily halt construction on site to ensure worker safety. Off-site work on the project continues, the statement said, such as signing subcontracts, procuring and testing the curtain wall, processing our building permits and finalizing construction documents, among other items, which allow the project to generally stay on track. We will resume work on site when we feel the situation has fully stabilized.”

The 1000M skyscraper on South Michigan Avenue is the first prominent high-rise project to shut down during the coronavirus pandemic, which has dragged down the economy and led to widespread job losses in Chicago and throughout the country.

Construction is considered an essential industry by Chicago Governor JB Pritzker and other projects have continued despite stay-at-home orders that were issued in March. Distancing, staggered work shifts, temperature checks and other measures have been implemented on job sites in an effort to protect workers from the coronavirus.

The project, named for its address in the 1000 block of South Michigan Avenue, had been delayed for years before developers performed ground breaking ceremony and began work on the project scheduled to open within three years. Once completed, 1000M would be Jahn’s tallest building in Chicago. Units in the building range from micro-units to penthouses of nearly 5,500 square feet. There are sale contracts for more than 100 of the skyscraper’s planned 421 units