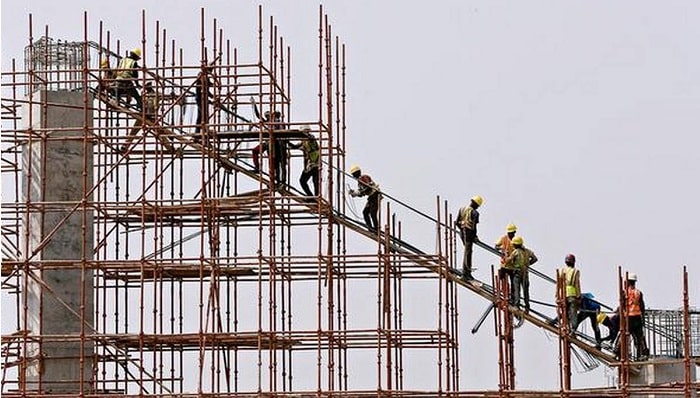 Construction sites may appear to be one of the few places where work continues undisturbed by the COVID-19 pandemic. But Tamara Barker Watson, owner of Whitestone Builders in Lakeside, N.S., said it is anything but business as usual on job sites managed by her company.

Her company has paired workers so that they only work in close proximity to one another. It is an attempt to limit the amount of close contact among workers at the site.

“They’ve taken the van home instead of coming to the office,” she said. “They don’t have to see different people. “They go straight from home to work, and that’s their commitment to each other. Just the two of them at work, and in their home with their families and vice versa. That way they can protect each other.”

MJ MacDonald, CEO of Construction Safety Nova Scotia, said her group has been working with its 6,000 members, as well as with government departments and public health officials, to find ways to protect construction workers who must sometimes work in close proximity with one another.

“We’re basically looking for some further clarity around how we can best comply with the public health directives … that six feet of distance that’s required to work safely,” said MacDonald. “We’ve had a lot of questions from our members around how that might be done in certain circumstances.”

MacDonald said sites where plumbing has yet to be installed are using more hand sanitizer, and crew schedules are being reworked to try to ensure work spaces are not overcrowded.

“The employers are taking this very seriously,” she said. “You know construction is very committed to complying with this order, and see their role not just as employers to take care of their employees, but also communities and their own families. “I think everyone is very much behind this.”

Duncan Williams, president and CEO of the Construction Association of Nova Scotia, said the pandemic has spurred “big changes on the work site.” The association represents almost 800 large and small non-residential construction companies throughout Atlantic Canada.

He said although the measures have “slowed things down” on job sites, his association is committed to putting safety first.

“We are taking extra steps to make sure people are washing their hands, that sites are sanitized and everybody is respecting the rules that the chief medical officer has put out there.”

The potential spread of the virus is not the only thing affecting the industry, according to Barker Watson.

Layoffs and reduced work hours in other sectors is making it harder for some Nova Scotians to secure loans to build a home. “I know one builder lost four deals in a week due to financing,” said Barker Watson. “It’s going to get ugly all the way around.”