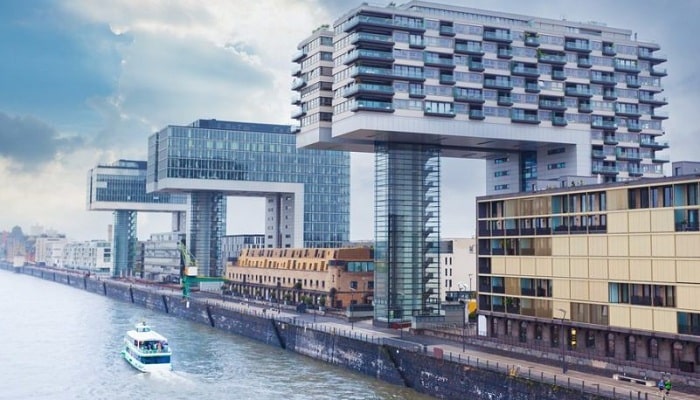 With over 85,000 cases and 1,100 deaths reported thus far, Germany has been one of the worst hit countries in the world by the Covid-19 virus outbreak. In response to the outbreak the German Government has announced several containment measures in order to slow the spread of the virus across the country.

The measures include closing down non-essential businesses such as restaurants, cinemas and cafes, educational institutions such as schools and universities have also been closed. However, the measures are likely to plunge the economy into a deep recession with a number of sectors including construction expected to struggle over the coming months.

Germany aims to keep construction sites open, stating that they are an ‘essential pillar of the domestic economy, which must be maintained’. The German minister for transport and digital infrastructure, Andreas Scheuer, stressed the need for construction works to continue as it would help the economy recover once the virus outbreak ends. With the economy forecasted to contract by 4.15% in 2020 according to the latest market consensus, the construction industry is expected to play a supporting role in the recovery.

The government’s announcement was welcomed by the three largest contractor associations in the country. Several projects have continued uninterrupted as a result of the government’s exemptions, signs of new projects starting were also found. On the 31st of March, the industrial construction developer, Panattoni announced that it would begin works on an Amazon logistics sector in Germany.

GlobalData expects output in the sector to contract by 2.2% in 2020, a significant decrease from the 3.5% growth recorded in 2019. GlobalData anticipates that the industry will recover in the second half of 2020. However, severe downside risks remain, including a worsening of the virus outbreak with the crisis lasting more than the initial three months estimated by the German Government, and the potential for stricter measures that could have a greater impact in terms of disrupting construction activity