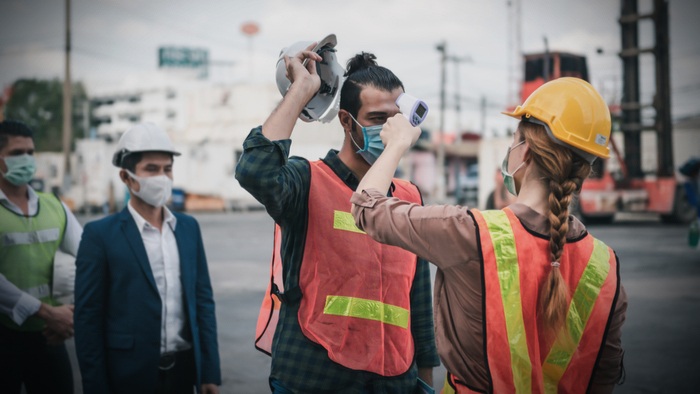 Progressive Equity analyst Alastair Stewart told Construction News the impact of the deal, which came into force on 1 January 2021, had been broadly positive.

“I think it’s a great big anti-climax for all of the more bearish commentators from the construction industry ahead of the deal. As a country and economy, COVID is far more of an issue now more than Brexit,” he said.

Construction Products Association economics director Professor Noble Francis added that the agreement was preferable a no-deal Brexit, which appeared to be a possibility as EU-UK talks stalled in the run up to the festive season.

“It’s clearly the better of the two and should be welcomed,” he said. “It was critical to have a free trade agreement to minimise trade disruption in January and also prevent substantial costs rises and delays due to tariffs and additional administrative and certification costs. We saw in December how quickly problems can develop at borders when there [are] border issues, so thankfully we appear to have largely avoided that.”

He highlighted that only 24 per cent of construction products used in the UK are imported but, of those that are, two thirds come from the European Union.

“Towards the end of last year, there were issues of demand exceeding supply for some products but that was more due to activity in some sectors already recovering back to pre-COVID levels such as housing new-build and refurb. So, keeping the trade flows going after 31 December was essential to ensure that imported products such as timber, roofing materials, white goods, paints and varnishes continued and activity in housing remained buoyant.”

Francis added that companies importing construction products from the EU or exporting products to it, would face additional checks and administration, which would “add costs”.

“There are still some issues on regulations and standards that still need to be confirmed as they are vague in the agreement despite it being over 1,000 pages long,” he added.

“The conclusion of a trade deal should avoid unnecessary tariffs on building products and materials moving between the EU and the UK and the price rises that would inevitably follow,” said Builders Merchants Federation chief executive John Newcomb, who also co-chairs the Construction Leadership Council’s Movement of Goods and Materials working group.

“Every day of uncertainty made it harder for our members to plan and those who trade with the EU will be relieved that they will not have to deal with a host of additional procedures as well as additional costs.”

Federation of Master Builders chief executive Brain Berry welcomed the agreement but said that it “will have come too late for many already feeling the effects of prolonged indecision”.

“Nine in 10 builders already face risings costs due to supply chain disruptions and higher product demand […] This trade deal must deliver for builders by removing the barriers in their path to building back better and greener, be those access to products or skilled labour.”