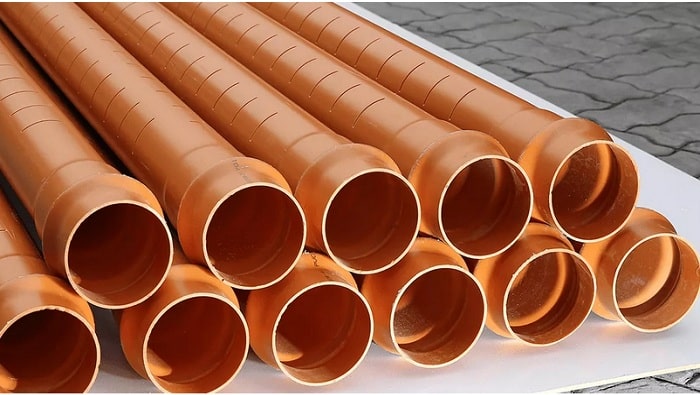 However, one area of construction that hasn’t changed much in its most basic functions is plumbing — until now, that is.

Modern plumbing systems are rapidly being upgraded to create cleaner, more durable plumbing systems. Yes, the old ones still work, but these innovations are assisting building owners in saving money, using less energy, and providing a better lifestyle with an improved plumbing system.

Plastic pipes, in particular, are at the forefront of these plumbing advancements, and here’s why.

The Advantages of Plastic Pipes for Plumbing

One of the primary reasons for the recent shift to plastic pipes for plumbing is convenience. For one thing, because plastic pipes are lighter than metal pipes, they are easier to install. They are also easier to cut to size, allowing for faster installation.

Another reason for plastic pipes’ growing popularity is that they can be safely connected to existing pipes without the risk of harmful chemical reactions that can occur when different metal pipes are fitted together.

Finally, plastic pipes are resistant to corrosion, which occurs when water or chemicals flow through metal pipes over time.

Environmental concerns are a primary motivator in the significant innovations that are shaping the plumbing world. These new developments promise more environment-friendly and energy-efficient methods of cooling and heating water, as well as getting it to flow (against gravity) with less energy.

As such, it influences and shapes how plumbing systems function and are designed for new construction in the UAE.

The following are a few of the inventive ways in which the construction industry has embraced the advanced use of plastic pipes in plumbing systems.

With increased demand by the construction industry for improved thermal conductivity, material friction, and advances in decentralization and centralization in how plumbing systems are designed, plastic products manufacturing companies in the UAE are getting creative with their offerings.

One example is the introduction of HDPE pipes to the market. Due to their advantageous properties, High Density Polyethylene (HDPE) pipes are increasingly being used in the UAE’s residential, commercial, and industrial sectors. HDPE pipes are non-corrosive and up to eight times lighter than galvanized iron or conventional cast iron, making them ideal for transporting gases, water, and chemicals.

As a result, they are now the preferred choice for a wide range of plumbing system applications such as drainage piping, flood irrigation, water distribution and supply, industrial effluent and sewage disposal, air-conditioning ducting, and more.

Polyvinyl chloride (PVC) pipes have been used in construction since as far back as the 1950s, and the superior performance of PVC plumbing systems is well documented; they show excellent resistance and strength to scratches and cracks. These pipes can also be made with a thinner wall, saving money on materials while still providing the same durability as metal alternatives.

This is one of the reasons why fusible PVC is used in trenchless technology, particularly as the preferred material for replacing damaged or broken cast iron pipes in non-pressure, pressure, and wastewater applications because they do not need seal rings.

Hot water recirculation (HWC) systems, which are designed to provide nearly instantaneous hot water at the tap, have become an expected amenity, particularly in high-end residential buildings and hotels where convenience is a top level priority.

They are in such high demand because HWC systems are built with pipes that have high thermal conductivity, allowing hot water to constantly circulate through the pipes at the same temperature it was when it was pumped into them. They also save a significant amount of water from going down the drain since you don’t have to wait for the water to heat up. This, in turn, helps the environment.

Unfortunately, the copper pipes that were initially used in the design of these systems are highly prone to corrosion, resulting in holes where water can leak out of the pipes, effectively defeating the function of an HWC system.

As a result, plumbing experts are increasingly turning to copper pipes pre-lined at the factory with heat-resistant plastic to prevent corrosion in HWC systems.

Better and new plastic pipes and solutions will continue to emerge in the marketplace as advancements and research continue, providing building owners with a variety of options for their plumbing needs.

These new plastic pipe offerings will also continue to inspire some level of innovation within current piping systems and new ones that have yet to be imagined, from improved fittings and connections to better insulating options.