China-based construction machinery manufacturer Sany Group, via its subsidiary Sany Heavey Industry Co. Ltd., will soon build a factory in an industrial zone in Cikarang, an area within Indonesia’s West Java town of Bekasi. The company is set to invest up to US$200 million for construction of the factory. “They’re set to start realizing the plan within the next three months. They’ve bought 10 hectares of land in Cikarang,” Agus Tjahajana, director general for international industry cooperation at the Industry Ministry, said Monday in Jakarta.

Agus added the factory targeted production of about 1,000 units of heavy machinery per year and would absorb 1,500 workers.

It is also expected to make Indonesia a basis for the production of heavy construction machinery and mining equipment in the region, as well as to serve demand from other ASEAN countries, Japan and Australia.

“This is a form of real investment from China, especially for large-scale [manufacturing] in the industrial sector, outside mining,” Agus said, as quoted by tempointeraktif.com. 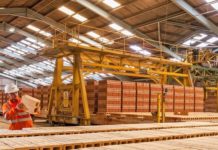 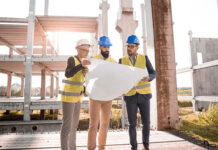 The Construction Business In Europe Is Losing Confidence