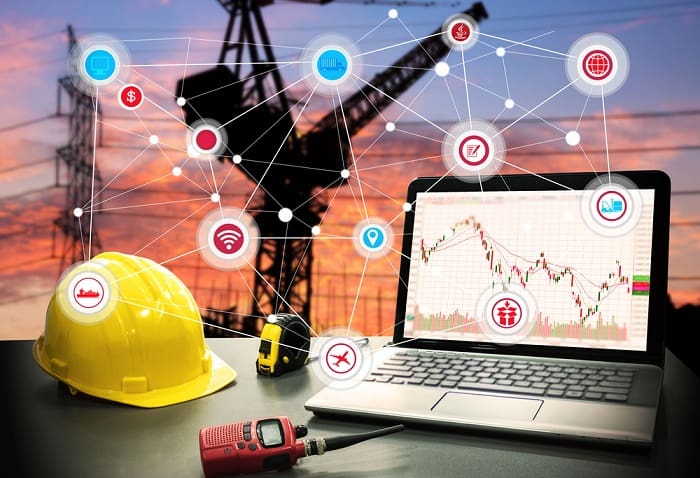 A decade back, not many would have thought the term IoT will be commonly used in the construction arena as well. The construction industry across the world has grown manifold. Leaving aside the 2008-09 slump, it will be only fair to say that this industry has seen a new light. According to the most updated reports, IoT in construction is all set to grow at a CAGR of 35.98%.

There are several industries where IoT is playing a key role and construction is indeed one of them. The latest growth expectancy reveals that a significant amount of investment can be expected in terms of technology when it comes to the construction industry. If we talk on a global scale, the usage of IoT in this segment is more in countries like the USA and Canada. However, the best part about IoT anywhere in the world is that construction companies can make new buildings in half the time required and that too with minimal wastage of resources.

IoT has played a monumental role as far as safety at the sites is concerned. It is often seen in any industry that resistance to change reduces the effectiveness of a company. There are a certain set of things that are done in a particular form which people are used to but when the change in the approach happens they hate it. But surprisingly things have been different with IoT especially in the field of construction. It has made huge inroads in safety, efficiency as well as profitability for companies across the world. Due to the effective utilization of IoT at construction sites, compensation costs have been reduced to a large extent which has, in turn, strengthened profitability of companies.

But as we see it, the biggest gainers from IoT in this arena are the workers themselves. With wearable technology in place, one can keep a track on where the efficiency levels are heading to. Proper and immediate corrections can be made in case things are lacking and hence help transform the way workers are performing their respective jobs at the site. In construction, IoT is especially being used to monitor vital signs of the workers when they are on the job while other companies are using the IoT data to make the machinery safer. There are also occasions where IoT has enabled companies to track the immediate safety of workers by giving them smart helmets. These helmets let the supervisor monitor the health of the worker at the site and take immediate measures in case any variations are seen. That’s how effective the use of the Internet has been at places where one wouldn’t have thought it could make a difference.

From offices to homes, from roadways to railways, the Internet of Things is modernizing the entire construction industry. The innovative style of construction that we see today is not just due to the creativity that the architects put in but also because of the way and extent to which IoT has penetrated in the working at a construction site. With better energy usage, resource allocation and proper asset management, things have not only started to fall in place for IoT in this industry but have also given out exceptional results.

At a construction site, information from all the connected machines is gathered on to a mobile device so that the supervisor after getting real-time insights on assets, employees, and equipments can make a smart decision. The real-time data which one gets access to makes all the difference as it curbs the usage of any unwanted material or service stationed at the construction site.

Especially in the field of construction, one can experience a lot of concerns right at the workplace. What IoT does is address these issues without hampering the work at the site. So, besides eradicating the problem, IoT also makes sure that optimal usage of time is made. We all know that timely delivery of sites makes all the difference in the construction vertical. Deadlines need to be followed as any backlog may shoot up the budget. IoT enables readiness which in turn improves efficiency and productivity. Late arrival of materials at the site is the most common problem which is caused due to a manual error. IoT smoothens and streamlines this process so that work does not stop due to this issue. Automatic orders get raised on the system as soon as a particular material at the site reaches a minimal level. Through IoT, the supply unit is fitted with a sensor which determines the materials required on an urgent basis. Apart from notifications on depleting stocks at the site, the sensors also help monitor the material condition i.e. damage, expiry, etc.

We have already discussed how the safety of workers becomes less worrying with the use of IoT but what should be taken into account is that the adverse conditions get detected before they happen. Predictability has become easier because of IoT at construction sites. We all are aware of how important data is for any industry. Wherever the internet gets involved, it is just a matter of time before data starts rolling in. At construction sites, it is this data which was missing since a while and with the advent of the internet, it seems to be playing a very critical role.

There are still loads of opportunities which can be cracked due to IoT in this industry. Come to think of it, UAVs – Unmanned Aerial Vehicles like drones have been used a lot at sites these days. Constructions projects that span huge spaces are being easily monitored by UAV’s like drones. Using aerial images of sites for gauging completion and also keeping a track on the progress of work are some of the few advantages these drones offer. IoT has also ensured minimal exposure of human life to unsafe working conditions. Drones, Excavators, and Dump trucks are a few examples that have come into existence due to IoT which has in no doubt made the life at the construction sites manageable. 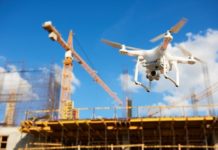 5 Applications Of IoT In The Construction Industry 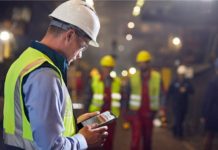 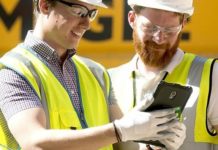 Digital Check-Ins Are Gradually Making A Mark For Themselves