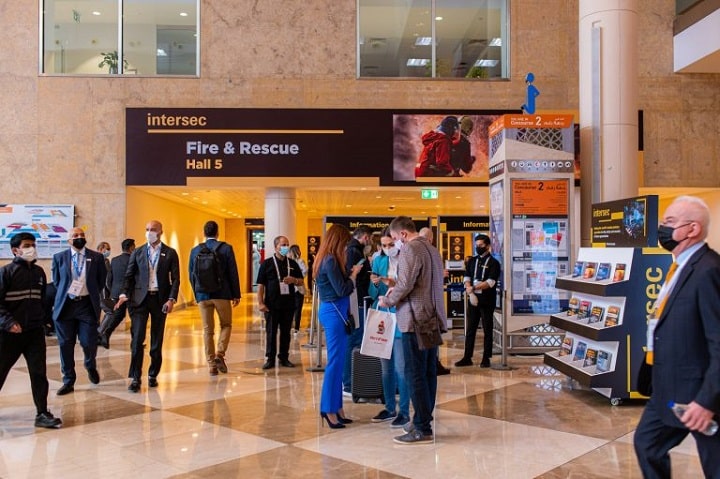 The event, held under the patronage of His Highness Sheikh Mansoor bin Mohammed bin Rashid Al Maktoum, will feature 800 exhibitors from Australia, UK, Europe, the Middle East, the Balkans, Russia, CIS, North and South America, North and South Africa, Asia, Scandinavia, the USA, and the Indian Subcontinent. The exhibitor profile represents a 54 per cent rise since 2022 with 180 new-to-show participants. Of the 55 nations represented by exhibitors, 10 will have their own national pavilions: Canada, China, the Czech Republic, France, Germany, Italy, South Africa, Singapore, Turkey, and the UK.

“This year’s show will feature some of the biggest industry names, alongside new entrants to the sector,” said Alex Nicholl, Show Director of event organiser Messe Frankfurt Middle East. “We have 42 newcomers from the Emirates this year, which means the UAE now accounts for 20 per cent of our exhibitor profile. Saudi Arabian participants are up 20 per cent too, while we have also seen particularly strong growth from India, Saudi Arabia, Pakistan, Turkey, Iraq, Qatar, Nigeria, and Egypt.”

Nicholl added that the growth is largely down to positive industry forecasts, high demand for solutions to combat increasing cybercrime, and strong international support from government and professional organisations, such the UAE Cybersecurity Council, Saudi Arabia’s National Security Services – SAFE, and Huawei.

Dr. Aloysius Cheang, Chief Security Officer, Huawei Middle East & Central Asia, said, “If you can’t see the light at the end of the tunnel, either you are looking the wrong way or you are the light. Start looking at the right way by being part of the community, join events such as Intersec and start sharing because Cybersecurity is a team sport! And through sharing, you will become a beacon for others. This is why I am here and why Huawei is part of Intersec – to light up your future!”

The event will run from Tuesday until Thursday, with dedicated product showcases for commercial and perimeter security, homeland security, fire and rescue, safety and health, cybersecurity and special features, plus a powerful conference and knowledge-sharing programme.

Special features include the Attack Zone, which will be hosted by the Loss Prevention Certification Board and see exhibitors testing their products in live-action demonstrations; and the Safety Walk – sponsored by EnSafe Evacuation Chair, Jutec, and Teijin – which promises “a catwalk of industrial safety gear”. Meanwhile, the Tech Stage will unveil innovations, including virtual reality solutions, anti-drone technology, and new safety materials. 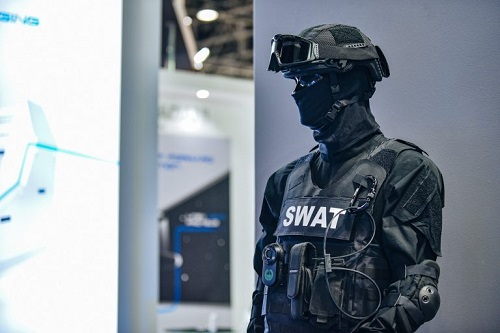 In the Start Smart Zone, start-ups will connect with decision-makers, buyers, and potential investors, while the purpose-built Future Defenders Hack Arena will see cybersecurity teams from schools, universities and CISOs compete for prizes and industry recognition.

“Forecasts reveal an industry eager to invest,” said Nicholl. “The Middle East’s homeland security market is expected to grow annually by 14.5 per cent to 2024, while the commercial security market is set for 16.5 per cent annual growth to reach US$2.3 billion in value by 2026. Rising cybercrime is also fuelling demand with the Middle East and African market estimated to grow 14.35 per cent annually to 2030.”

Intersec this year also includes cybersecurity awareness sessions for students and sector professionals with Cybernode, a partnership between the Dubai Electronic Security Centre (DESC) and Thales, looking to up-skill the region’s cyber workforce.

The main Intersec Conference features four dedicated streams and over 150 speakers. The invite only, two-day Intersec Security Leaders’ Summit is a high-level strategic convention for policymakers and decision-makers to collaborate, innovate, and seek new technologies. The gathering will address government strategies, homeland security and policing, commercial and perimeter security, and cutting-edge technologies. There will also be an on-stage conversation around the development of a holistic approach to large event security management in which FIFA’s Director of Safety, Security, and Access will share learnings from the FIFA World Cup Qatar 2022.

Other conference highlights will be keynotes by DESC’s Dr Bushra Al Blooshi, Head of Research & Innovation, on pioneering the digital economy, and another by Adrian Whelan, SVP, Head of Global Security at DHL Express, focusing on a future supply chain security roadmap.

The UAE Cybersecurity Council will also host a dedicated Cybersecurity Conference with attendees hearing from government leaders, CSOs and CISOs across oil and gas, BFSI, healthcare, hospitality, and energy and utilities industries.

Intersec 2023 will also recognise the best of the security and safety industries through its awards programme, which has attracted 1,256 entrants – including 54 that have been shortlisted to be recognised at a gala dinner at the Ritz Carlton DIFC on Wednesday 18th January.

Messe Frankfurt Middle East anticipates Intersec 2023 will also deliver the event’s highest visitor turnout with pre-registrations showing an increase of 133 per cent on 2021. Pre-registered visitors span 111 countries with first-time visitors coming from, among other countries, Ethiopia, and Kenya.

The Messe Frankfurt legacy began more than 900 years ago, and the group’s rich history and international expertise transferred to the Middle East in 2002, when it established Messe Frankfurt Middle East. The Dubai-based subsidiary now organises 16 trade fairs, 11 of which take place in Dubai UAE, and 5 in Saudi Arabia.  The company also organises a series of conferences and seminars, and currently employs 145 people.

For the past five years, Messe Frankfurt Middle East has posted double-digit growth in sales revenue, exhibitor and visitor numbers across its show portfolio, underlining the strong demand in the regional exhibition and conference sector.  The organiser’s exhibitions in 2017 featured a combined 6,219 exhibitors from 60 countries, and attracted 138,000 trade visitors from 135 countries.

Messe Frankfurt Middle East’s vast event portfolio is complemented by in-house additional services including a travel desk, fair construction, and event management, ensuring all our customer needs are met on every level.  Our experience, industry knowledge, and global exhibition brands, means we’re uniquely positioned to take the regional exhibitions industry to the next level.

We support our customers from all over the world, and we’re here to assist you with your preparations to exhibit or attend any of our fairs in the UAE and Saudi Arabia.

Send Enquiry for this story 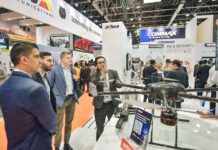 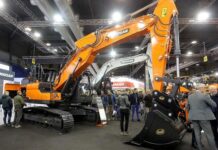 How to Calculate How Many Watts You Need for Your Solar...