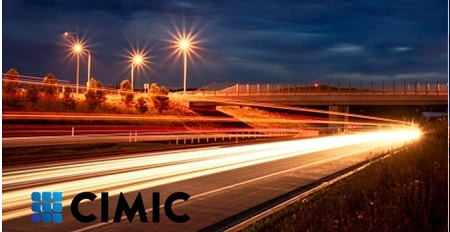 The Western Australian State Government expects the total combined cost of delivering all three projects to be approximately $276 million. Revenue to CPB Contractors will be confirmed in the coming months.

CIMIC Group Chief Executive Officer Adolfo Valderas said: “Our international experience and local knowledge mean we are well positioned to quickly and innovatively respond to our client’s needs, as well as the expectations of stakeholders and communities.”

CPB Contractors Managing Director Román Garrido said: “The new projects are significant in that they will enhance Perth’s road network operations in the northern, eastern and southern suburbs of Perth, as well as create important opportunities for the participation of local workers and businesses.”

The three new projects included in the Roe 8 renegotiation include connecting Murdoch Drive to Kwinana Freeway and Roe Highway to provide greater access to the Fiona Stanley Hospital and Murdoch Activity Centre; upgrading Wanneroo Road to a dual carriageway between Joondalup Drive and Flynn Drive; and upgrading Armadale Road to a dual carriageway between Tapper Road and Anstey Road.

The Alliance team will also collaboratively manage the rehabilitation of the cleared Roe 8 site in Coolbellup. The program will be informed by a working group comprising representatives from the State Government, the local community and the Alliance.

CPB Contractors’ Alliance partners are Georgiou Group, WA Limestone, GHD, AECOM and BG&E.Construction on the first of the three projects – the Murdoch Drive connection – is expected to begin almost immediately.

Works on the Wanneroo Road and Armadale Road dual carriageway upgrades are scheduled to commence in the 2017 – 2018 financial year.

CIMIC Group Limited (ASX: CIM) is one of the world’s leading international contractors and the world’s largest contract miner. CIMIC Group has operations that have been in existence since 1899, was listed on the Australian Securities Exchange in 1962 and has its head office in Sydney, Australia. CIMIC provides construction, mining, mineral processing, engineering, concessions, and operation and maintenance services to the infrastructure, resources and property markets. It operates in more than 20 countries throughout the Asia Pacific, the Middle East, North and South America and Sub-Saharan Africa and, as at 31 March 2017, employed approximately 51,300 people directly and through its investments.