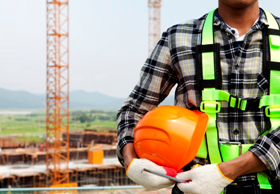 This project represents the largest transport infrastructure in Quebec since the inauguration of Montreal’s underground in 1966 and consolidates Dragados as a benchmark company in the Canadian infrastructure market. Once Project REM is completed, it will be the fourth passenger transport system in the world preceded by Singapore (82 Km), Dubai (80 Km) and Vancouver (68Km).

The contract includes the design and construction of a new underground network in Montreal interconnected with the existing one, with bus networks and commuter trains, which will connect the city with the outlying districts of Rive Sud, Sainte-Anne-deBellevue and Deux Montagnes, as well as the Pierre Trudeau International Airport. With a 67 Km length the new network route runs through a tunnel (5 km), on an elevated structure (18 km) and at ground level (44 km).

The new network will have 25 stations of which 13 will be at ground level, 8 of them elevated, 3 underground and the remodeling of the Central Station to accommodate new exclusive platforms for the project. It also includes the design and construction of railway infrastructures, track installation, traction systems, catenary and the construction of bus terminals and dissuasive car parks.