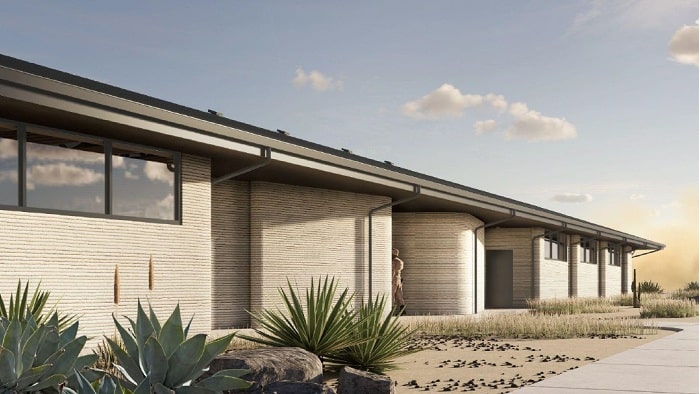 Construction 3D printing firm Alquist 3D has announced plans to build 200 homes in the US state of Virginia. Having finished building the ‘first owner-occupied 3D printed home’ earlier this year, Alquist 3D has now revealed that it aims to carry out the largest construction project realized with the technology to-date, across-state in Pulaski and Roanoke. Given the region’s rapidly growing workforce, it’s expected to serve as an ideal test bed for showcasing 3D printing’s efficacy in creating accessible new homes.

“With migration patterns shifting due to pandemic, climate, and economic concerns, smaller communities like Pulaski have a huge need — and an amazing opportunity — to develop affordable housing for new residents,” said Zachary Mannheimer, Founder and CEO of Alquist 3D. “By 3D printing these homes, Alquist and our partners will be accelerating Pulaski and Roanoke’s ability to harness current trends and attract new workers to this wonderful community in southwestern Virginia.”

While there are now numerous construction 3D printing start-ups out there, Alquist 3D sets itself apart as one that seeks to specifically use the technology to solve the USA’s “affordable housing crisis.” Having poured over four years into additive manufacturing R&D alongside partner Atlas Community Studios, the firm has come up with a plan to address this, by 3D printing large-but-affordable family homes.

Alquist 3D’s first of these builds was carried out in partnership with Virginia Tech University with backing from the Virginia Housing authority in the city of Richmond. This project was quickly followed by another late last year, conducted with non-profit Habitat for Humanity, which saw it create a three-bed 3D printed house with 1,200 sq. feet of livable space, using a COBOD BOD2 system.

At the time, the home, whose exterior was said to have been constructed in just 28 hours, was hailed by Mannheimer as a demonstration of both the speed and sustainability that 3D printing could help bring to the US housebuilding market.

“Concrete 3D printing reduces the amount of waste that is typically found on a jobsite, and our energy savings are significant,” Mannheimer said in January. “Still, concrete is far from the most environmentally friendly material, and we are working with partners to create a greener material in the next year. We also hope this new technology will be another way to build more affordable homes for families.”

Following the success of its initial builds in Richmond and Williamsburg, Alquist 3D has now unveiled plans to construct homes at scale for workers in Pulaski. With the likes of Volvo, Blue Star Manufacturing and American Glove Innovations expanding to create 3,000 extra jobs in the town, the company says that “demand for housing is soaring” there.

Also citing an article based on a Brooking Institute report, which highlights Virginia’s New River Valley as one of the fastest-growing regions in the US when it comes to tech jobs, Alquist 3D has therefore emphasized the need to accommodate workers.

To address this demand, the firm is set to imminently begin work on its next batch of 3D printed homes. However, unlike its previous builds, which were carried out using a COBOD machine, its latest are expected to be realized with the help of Black Buffalo 3D’s ‘NEXCON,’ a gantry system capable of creating three-storey structures.

With a top speed that’s said to be limited by the USA’s Occupational Safety and Health Administration to 9.8″ per second, and 12-hour continuous operation capabilities, the machine is able to build 1,000 sq. foot structures in under 20 hours.

To make loading materials as easy as possible, the NEXCON’s nozzle features an open hopper design and interchangeable tips, enabling users to manually inspect them and switch heads, depending on the application. The unit is also available with the firm’s proprietary ‘ink’ blends, which are said to offer better strength and durability than mortars, another aspect that could benefit Alquist 3D’s new builds.

Although Alquist 3D has yet to issue a timescale for when its 200 3D printed homes will be built, it has revealed that the project will kick-off this Friday, on April 29, 2022. The event is set to begin with a tech demo near the first two 3D-printed homes in Pulaski, across the road from a site on 205 Pierce Avenue, Pulaski, Virginia 24301.

Alquist 3D’s upcoming housing project is one of several now seeking to apply construction 3D printing technologies on a much wider scale than ever before. Unsurprisingly, given that it’s one of the early leaders in an albeit emerging market, ICON has committed to building one of the largest of these, a 100-strong community of 3D printed homes.

Elsewhere, the likes of Serendix Partners are scaling house building in the other direction, by 3D printing tiny futuristic spherical homes. In March 2022, the company was reportedly able to additive manufacture an inhabitable 107.6 sq. foot, 20,000-kilo structure in just 24 hours, which met Japanese earthquake and European insulation standards. 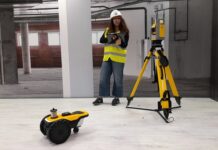