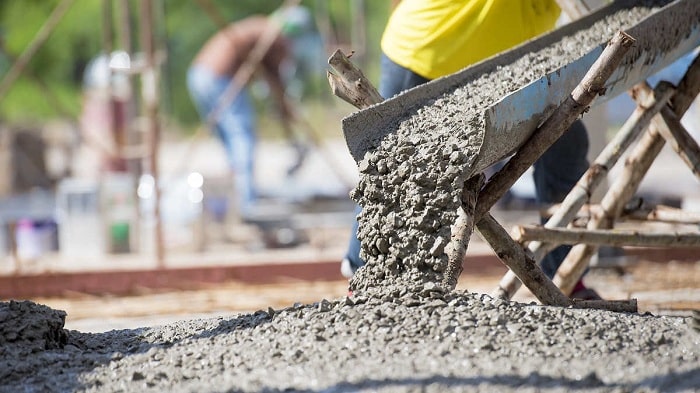 Sant, who is also the director of UCLA’s Institute for Carbon Management, said the product will have a carbon footprint 50% to 70% lower than that of regular concrete used in construction. The production of cement results in more than 8% of annual man-made carbon dioxide emissions.
Similar to traditional concrete, the UCLA team’s product is a mixture of a cementing agent, sand, stone, water and chemical additives, Sant told Construction Dive. However with CO2Concrete, unlike traditional Portland cement-based concrete, the researchers have achieved cementation by the use of calcium hydroxide, which absorbs carbon dioxide from waste gas to form limestone. Sant likened it to the same type of structural cementation seen in seashells.

“We achieve such cementation in a matter of hours while being able to use a wide range of flue gases, and without the need for a carbon capture step,” he said. “For these reasons, CO2Concrete offers a functional replacement to traditional concrete which offers similar performance at a similar price.”

The technology surrounding carbon capture and recycling for use in various products has accelerated in recent years, and cities have focused on specifying eco-friendly or “green” concrete for municipal construction work. In 2019, the U.S. Conference of Mayors passed a resolution urging its members to source green concrete in city projects.

Sant’s team also is one of five finalists competing for a $7.5 million prize in the coal track in the NRG COSIA Carbon XPRIZE, which is seeking the most viable technology for turning carbon dioxide emissions into valuable products. Originally scheduled for February but delayed due to the COVID-19 pandemic, the final round of competition began in June, when the UCLA team moved to the Wyoming Integrated Test Center to demonstrate its system on an industrial scale. The test center is part of Dry Fork Station, a coal-based power plant outside of Gillette, Wyoming (shown above).

The demonstration will run for 90 days and produce more than 140 metric tons (over 300,000 pounds) of CO2Concrete, according to the team. Some of the resulting product will be used for small projects on the UCLA campus, and some will be donated for use at construction sites elsewhere.