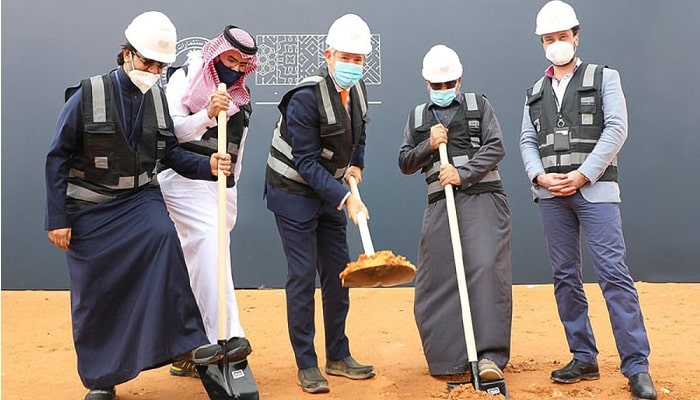 ROSHN, Saudi Arabia’s national community developer backed by the Public Investment Fund, has announced new partnerships with Shapoorji Pallonji Mideast and Siemens to support the development of the first phase of its first landmark Riyadh project.

ROSHN said it has partnered with Shapoorji Pallonji Mideast to construct 3,000 homes along with associated utilities, roads and landscaping.

The contracts which are valued at SR1.9 billion ($510 million), are key development pillars in the construction of the Riyadh community, the first to be launched by ROSHN as part of its mandate to contribute to the increasing demand for accessible homes across Saudi Arabia.

ROSHN has also awarded a contract to Siemens to provide detailed engineering, procurement, and the construction of all associated underground cabling totalling 26km.

Spread across an area of 20 million square metres, the Riyadh community will add more than 30,000 homes, mosques, shops, cafes, parks, schools, and leisure and entertainment facilities.

David Grover, CEO at ROSHN, said: “The Riyadh community sets a new standard for housing in Saudi Arabia by offering a dynamic and modern living experience, rooted in work and play, through the provision of quality homes at a competitive price.

Our partnerships with Shapoorji Pallonji and Siemens clearly demonstrate ROSHN’s commitment to partnering with best-in-class organisations as we deliver this landmark development, and lies at the heart of our mission to support Vision 2030’s goals to create more opportunities for Saudis to own high-quality homes in the kingdom.”