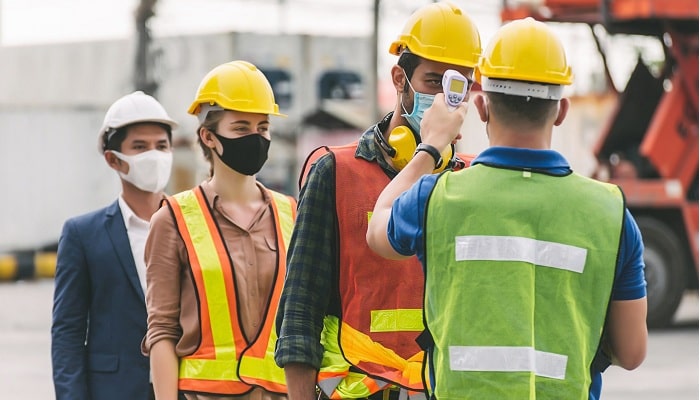 The “exemplary record” of the construction sector in protecting workers from Covid-19 has been defended amid an expectation that work on most building sites will be halted due to the surge in new cases of the disease.

Tom Parlon, director general of the Construction Industry Federation, said he was shocked to learn that the Government was considering closing down the sector in an attempt to control the recent spike.

The Cabinet is on Wednesday expected to order that nealy all construction work should stop until the end of the month, with exceptions for social housing, urgent repairs and critical projects.

Mr Parlon told Newstalk Breakfast that the sector has “an exemplary record” with only four cases and two outbreaks among 200,000 construction workers on sites around the State in the week up to December 14th.

He said sites were closed for the two weeks over Christmas and therefore could not have contributed to the current rise in cases, which have this week risen to record levels. “Sites are being excellently managed,” he said.
Mr Parlon said that during the first lockdown, when most work in the sector was halted, around 5,000 homes had not been built and output had dropped by 10 per cent at a cost of €3 billion to the industry and the economy.

During discussions in recent days, Mr Parlon said he had been assured that the construction of housing and work on educational projects would continue.

Ireland was the only country under restrictions that was considering closing its construction sector, he said. In England, Scotland and Northern Ireland the sector was still operating.

Every effort was being made by the construction industry and its workers to operate safely, he said.

Construction woker Brendan Hennessy told RTÉ’s Morning Ireland there had been no issues on the sites he had worked on from when activity resumed after the first lockdown up to Christmas.

Developer Michael O’Flynn told the same programme that he appreciated how serious the Covid-19 situation has become in recent weeks. However, he questioned why it would be seen as safe to build social housing but not private housing, with an exception expected to be given for one over the other.

Mr O’Flynn said the impact of a shutdown for people awaiting a home should be considered and said there should be a consistency in the approach.