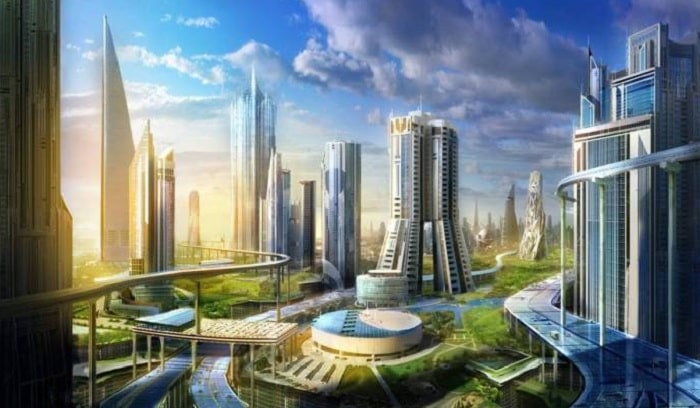 The Line is a zero-carbon, hyper-connected city in a 170km straight line on the Neom development near the Red Sea that will “reimagine and revitalise the future of urban living”.

Saudi Arabia’s crown prince unveiled his latest vision for a future beyond oil in the kingdom: a car- and road-free city with zero carbon emissions.

The 170 kilometer-long (106 miles) development called “The Line” will be part of a previously-announced $500 billion mega-project called “Neom,” Crown Prince Mohammed bin Salman said in a televised speech on Sunday. Construction is planned to start in the first quarter of this year. A news release described The Line as a walkable “belt of hyper-connected future communities, without cars and roads and built around nature.” It said the city would have 1 million residents and create 380,000 jobs by 2030. It didn’t provide details on the plan’s expected cost or how it would be funded.

Neom is the crown jewel of Prince Mohammed’s plan to diversify the economy of the world’s largest crude exporter. Announced in 2017, the project spans more than 10,000 square miles in a remote area of the country’s northwest. It’s described on its website as “a bold and audacious dream” that will become a hub for new technologies and businesses.

But the project has been plagued by skepticism and political controversies since its launch, with analysts questioning if it’s realistic and whether it can attract the investment needed.

The announcement on Sunday shows the extent to which Prince Mohammed is thinking about life after oil for the kingdom, which earned over half of government revenue from crude in 2020. The project was also the first major development to be announced within Neom.

“Why do we accept sacrificing nature for development?” the prince asked, speaking of rising sea levels and carbon emissions in a manner rare for a Saudi official. The city, he said, would be a “revolution for mankind” with “zero cars, zero streets, zero emissions.”

No journey within The Line will be longer than 20 minutes, he said. The city would be built around “ultra-high-speed transit and autonomous mobility solutions,” the news release said without providing further details.