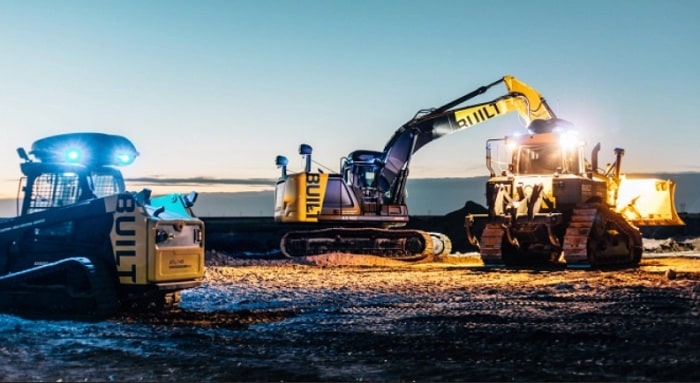 OpenSpace, the global leader in 360° construction photo documentation and analysis, announced a $55M Series C funding round, led by Alkeon Capital Management. The funding comes at an exciting time for the company, which also announced recently that it’s expanding access to the ClearSight Progress Tracking platform to its full customer base. Additional participants in the round include PSP Partners, GreenPoint Partners and New World Development, as well as returning investors Lux Capital, Menlo Ventures, JLL Spark, Navitas Capital and Zigg Capital.

Over the past year, accelerated global adoption of digitization and remote work has fueled growth for OpenSpace, which has seen revenue triple, customer count increase by more than 150%, and customer site captures increase by more than 300% during that time. The value of having a digital version of a job site that can be viewed remotely and shared among collaborators has become clear, reflected in the fact that customers have now used OpenSpace to capture more than four billion square feet of imagery from active construction projects around the world. With automated photo documentation becoming standard on leading construction sites, the industry has also begun embracing AI-powered analysis of site imagery to automatically generate reporting and tracking. OpenSpace’s ClearSight analytics suite, including Progress Tracking, represents this next evolution of quantified construction.

Progress Tracking is part of OpenSpace’s ClearSight analytics suite, and has been used by several customers prior to its wider rollout to the full customer base. Using computer vision processes like semantic segmentation and object detection, OpenSpace’s software can analyze site images and automatically determine what percent of planned work has been completed by builders. The analysis can be broken down across vectors like date and time, floor level, or trade (electrical, mechanical, drywall and more), giving stakeholders an instant view into how much work has been completed, when and where. Progress Tracking helps keep builders on pace with proposed timelines, flags possible delays early, and makes administrative processes like verifying work completed and approving pay applications much easier.

“Alkeon has been investing in leading construction technology companies for more than a decade. Based on our experience and extensive market research, it quickly became clear to us that OpenSpace is not only the leader in the emerging field of automated site capture/analytics, but also one of the most dynamic construction technology companies in the world,” said Mark McLaughlin, General Partner at Alkeon. “OpenSpace’s combination of advanced AI technology, an easy-to-use platform, and an exciting product roadmap positions the company well for further growth in this rapidly-advancing industry. And we believe this is one of the strongest executive teams in vertical software—one we’re excited to back for years to come.”

The funding comes less than one year after OpenSpace announced a $15.9M Series B and brings the total amount the company has raised to $88.3M. OpenSpace will use the funding to further expand its ClearSight analytics suite into areas like safety management and quality control, as well as accelerating its international expansion. After successfully bringing widespread digitization to construction through 360° capture, OpenSpace’s goal is to further empower builders by transforming images into a new class of analytics that increase transparency, improve efficiency, and make it possible to benchmark performance and transfer learnings across projects.

“One of the reasons we’re excited about OpenSpace is that the image-based platform can be easily used on projects around the world, with minimal barriers to adoption for new regions or languages,” said GreenPoint Partners General Partner Ryan Shmeizer. “The technology resonates with our partner network of leading global real estate owners, who appreciate the ability to virtually view and understand progress at their job sites at any time, from anywhere.”

“We have a long history of investing and operating businesses across real estate and technology, and understand both the promise and challenges of innovation,” said former U.S. Secretary of Commerce Penny Pritzker, founder and chairman of PSP Partners. “What stood out to us about OpenSpace is its rapid adoption across industry leaders, including our own construction teams. This level of validation is rare for a young company and a promising indicator of its future potential.”

“Our vision is to remove time-consuming and tedious work from construction so that builders can focus on building,” said OpenSpace CEO and co-founder Jeevan Kalanithi. “We’re creating technology tools that augment builders’ capabilities so they can do more—better, faster and with less stress. The core product improves transparency and objectivity on projects by creating a single source of truth for site status. The new products analyze that data to massively cut down on the administrative work builders have to do, and generate insights that have just been too difficult to derive until now.”

About OpenSpace
Founded in 2017, OpenSpace is a San Francisco-based tech company that is on a mission to bring new levels of transparency and objectivity to construction. Our solutions combine simple 360° cameras, computer vision and AI to make it incredibly easy to capture a complete visual record of the jobsite, share it via the cloud and track progress. To date, our customers have used our platform to capture more than four billion square feet of imagery from active construction projects across thousands of sites in over fifty countries.??