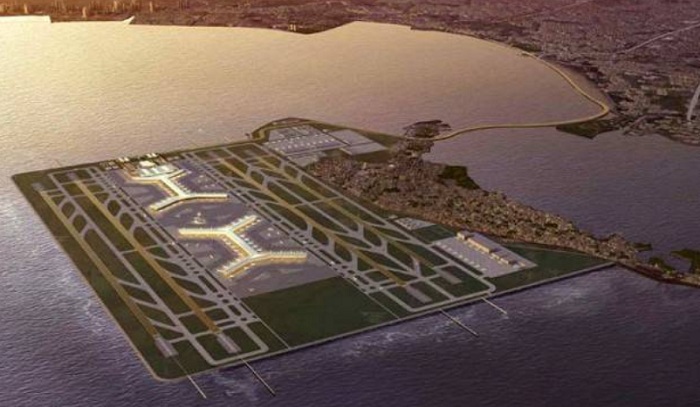 The 20,000ha Escravos Seaport Industrial Complex (ESIC) will include a deepwater port, an international airport, and a free trade zone containing an oil refinery as well as residential and retail units.

Andrews Okoja, the chair of MMCC, told a recent meeting in Lagos that the public–private partnership scheme had obtained provisional approval, and he was assembling a team of consultant financiers and partners. He said the Port of Antwerp would handle the maritime infrastructure and UK engineer James Cubitt would oversee work on land.

He added that the scheme was being developed in collaboration with Nigeria’s federal government and the Delta State government.

The project will be built in two phases, the first of which will be the port complex, and the second a navigable channel into the port’s hinterland by way of the Niger and Benue rivers.

The associated industrial estate will be located on Snake Island (pictured), just off the coast of Lagos. This part of the plan is awaiting approval from the governor of Delta State’s executive council.

Port of Antwerp has been involved with Nigeria since November 2019, when it signed a collaborative agreement with the Nigerian Ports Authority to further the country’s development.

Kristof Watershoot, the managing director of Port of Antwerp, said his company was convinced that this scheme had a bright future. He said: “We will start working together with the MMCC team on further developing the Escravos Seaport project together with other partners – and there are a lot of them available.”