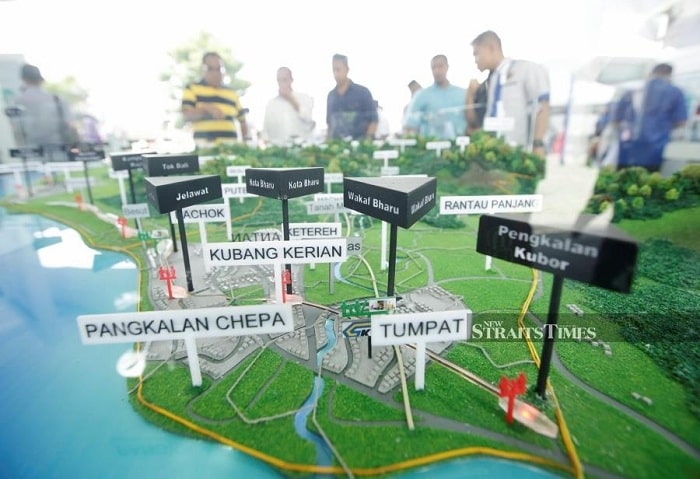 CCCC will offer technical support and share operational risks if any, after the completion of the project

China Communications Construction Company Ltd (CCCC) and Malaysia Rail Link Sdn Bhd have reportedly announced that they will set up a joint venture company to contribute in the maintenance and operation of the East Coast Rail Link (ECRL) project.

Apparently, in the project, the percentage of local participation will also see an increase to 40% in respect of civil works to be completed by local contractors, as compared to 30% in the original agreement.

Tun Dr Mahathir Mohamad, Prime Minister of Malaysia stated that CCCC will offer technical support and share operational risks if any, after the completion of the project. In addition, this arrangement will help in reducing the financial burden on Malaysia, which formerly had to bear the whole cost of operations and maintenance.

Malaysia can also benefit from CCCC’s expertise in maintenance and operations which will enhance the long-term liability of the project, Dr. Mahathir added. The project will improve the passenger connectivity to other parts of the West Coast of the Peninsula and provide a direct link to Kuala Lumpur International Airport (KLIA).

Sources familiar with the matter informed that under the original contract, CCCC has agreed to refund part of the RM3.1 billion which was advance payment paid for Phase Two, Northern Extension and Double Tracking. Along with this, RM500 million will be refunded within a week from 12 of April and further RM500 million will follow after 4 weeks, for a total of RM1 billion.

Seemingly, the balance amount would be settled in three months after deductions for proven claims from to aborted work, suspension and the cancelling of the Northern Extension.

For the uninitiated, China Communications Construction Company, Ltd., founded in 2005 is a publicly-traded, multinational construction and engineering company mainly engaged in the construction, operation and designing of the infrastructure assets which include bridges, railways, airports, highways, marine ports, subways, and tunnels.