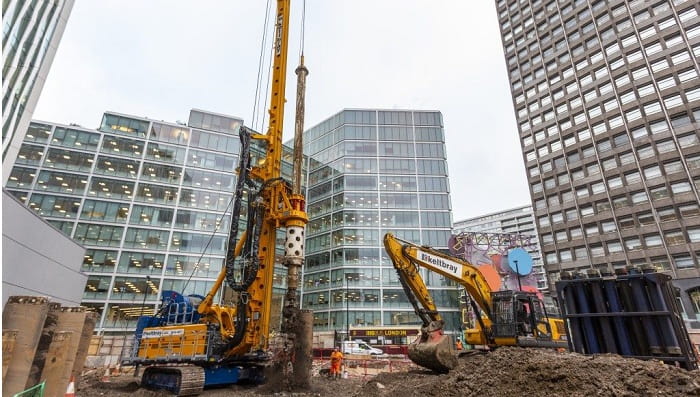 UK-based Keltbray has partnered with Australian cement maker Wagners and London-based supplier Capital Concrete to use a minimum of approximately 11,000 cubic meters of Wagners’ zero-cement, geopolymer concrete by the end of June. Keltbray previously used the material, dubbed Earth Friendly Concrete, for the Charterhouse Place project in central London.

Keltbray has committed to using at least 11,000 cubic metres of a low-carbon concrete in its projects by the end of June next year.

The guarantee is part of a deal struck with Australian cement maker Wagners and London-based supplier Capital Concrete, which will see the contractor deploy Wagners’ Earth Friendly Concrete (EFC) in both permanent and temporary works.

EFC is described as a zero-cement, geopolymer concrete with a claimed 50 per cent saving in embodied carbon over conventional piling concrete. Its binding agent is made from two industrial waste by-products: blast furnace slag from iron production and fly ash waste from coal-fired power generation.

Keltbray said the agreement “comes on the back of increased stakeholder interest and demand for significant reduction in embodied carbon”.Low-carbon concretes like EFC typically come with a price premium of at least 10 per cent but can also offer material advantages in addition to their eco-credentials.