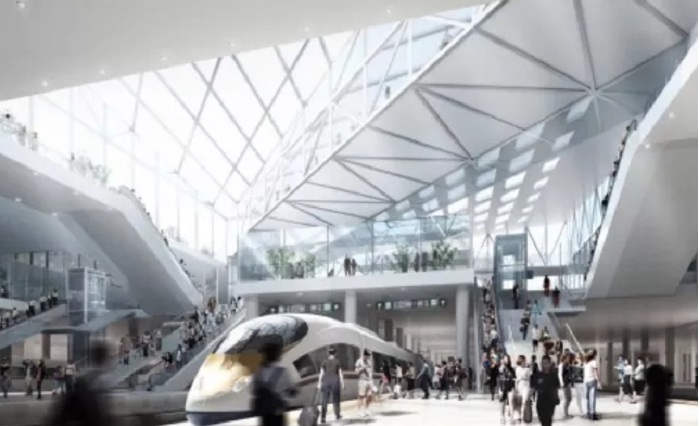 A consortium of Chinese contractors has won a $590m deal to build a 30.5ha section of an underground transport hub in Beijing. When complete in 2024, the interchange will cover 70ha, making it the largest in Asia.

The hub, which has a total construction value of about $6.4bn, will bring together three subway and two high-speed train lines connecting Beijing’s two main international airports and the Universal Studios theme park.

The development, which began on site in November last year, is part of a wider programme of works to develop the Beijing–Tianjin–Hebei region, and will be the only integrated railway hub to connect the airports with the city’s central business district.

The design of the hub has been carried out by a team made up of AREP, the Beijing General Municipal Engineering Design & Research Institute, China Railway Design Corporation and China Architecture Design Group.

AREP is a multidisciplinary consultant owned by SNCF, the French state railway operator, and the ITH was based on studies of La Défense in Paris, as well as Shanghai’s Hongqiao hub and Hong Kong’s West Kowloon Station.

The land above the hub, presently occupied by Yangtuo Village, is intended to become a business district on the lines of La Défense or London’s Canary Wharf.

The hub is designed to be invisible from the surface, apart from large glazed areas that will bring daylight through all three levels, allowing the planting of underground trees.

China Construction First Group is a subsidiary of China State Construction Engineering, presently the largest contractor in the world by revenue.

World Construction Today - Federal government support to boost the number of construction personnel has been welcomed by the German building industry group Bauindustrie....

Brick Remains To Be Used In The Testing of Cement In...