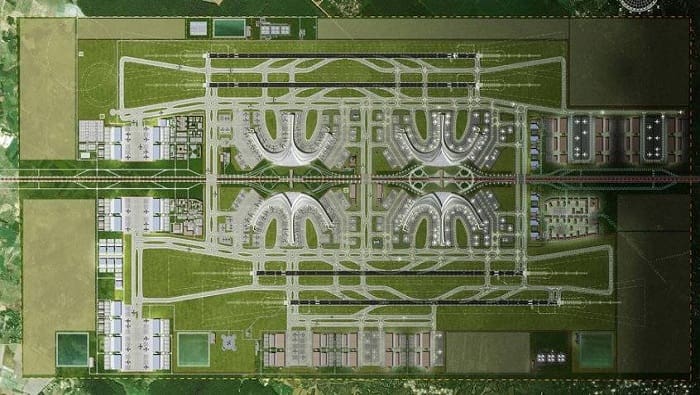 Nearly a year after picking a Chinese consortium to finance, build and operate the second-longest bridge in Latin America, the consortium and the Brazilian state of Bahia finally signed the $1.3bn public-private partnership (PPP) contract on Thursday, 12 November.

“Contract signed!” tweeted Bahia Governor Rui Costa after the ceremony. “It’s time for the Salvador-Itaparica bridge to stop being a dream and become a reality. Our commitment to Chinese companies is documented and now we have more work to do. We will generate jobs, income and improve the lives of millions of Bahians!”

Connecting the city of Salvador to the island of Itaparica in Todos os Santos Bay, the 12.4km bridge will be built by state-owned China Communications Construction Company and China Railway 20 Bureau Group.

The consortium, which will operate and maintain the bridge for 30 years, was selected in December last year after it emerged as the only bidder for the project.

Chinese entities are financing most of the cost of construction, with Bahia state paying in some $275m (1.5bn reais), reports BNAmericas.

The consortium now has a year to get all necessary licenses and start construction. Work is expected to take four years.

When complete, the bridge will offer a fast alternative to the hour-long ferry crossing to the beauty spot. Tweeting his congratulations on the signing, China’s ambassador to Brazil, Yang Wanming, said: “The project will give a new impetus to the growth and tourism of the State of Bahia.”