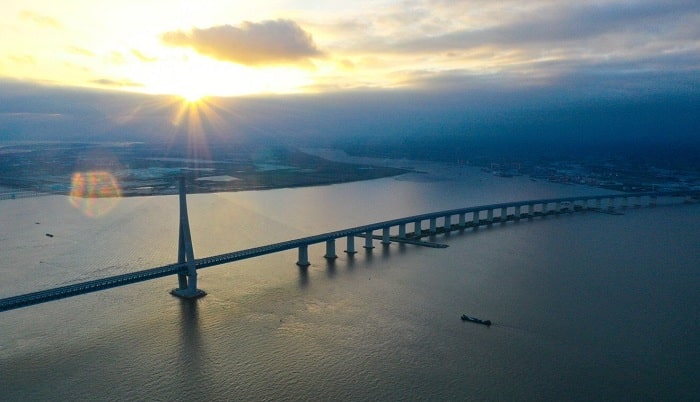 China unveiled one of the largest bridges that will connect Shanghai, the most affluent city in the country, to a less affluent city across the Yangtze River in the hope to boost the neighbouring city’s economy.

The Shanghai-Suzhou-Nantong Bridge that is is 11,072 metres long and that took 6 years and 4 months to complete construction is expected to connect the industrial city of Nantong in the northern part of Jiangsu province in eastern China to the wealthy city of Shanghai and will reduce the amount of time that several residents take to cross between both cities.

The Shanghai-Suzhou-Nantong Bridge is made of 480,000 tonnes of steel and its main pylon, measured at 330 metres tall, is the tallest among all combined cable-stayed bridges in the world.