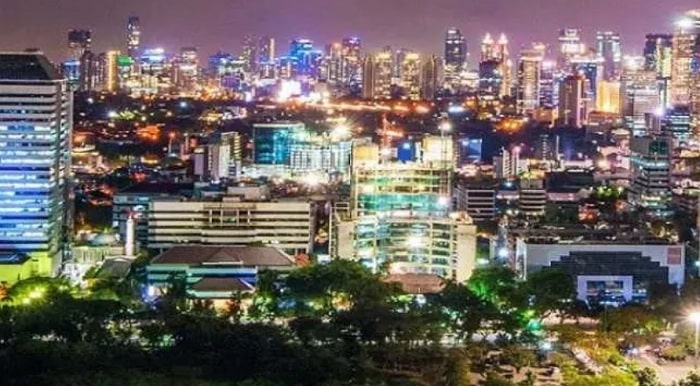 BIM methodologies and technologies have been utilised to design and deliver the world’s longest double-deck bridge, saving considerable time and costs, the company behind the design of the project says.

PT Wijaya Karya (WIKA), an Indonesia-based company that provides construction, mechanical and electrical services to the civil construction company has been contracted to design the £271.6 Design and Build Harbour Road 2 Project in North Jakarta, Indonesia, which is being built with a budget of £271.6 million.

However, very early on, the project team realised that traditional 2D design methods would not help deliver the large and complex 8.95-kilometre toll road development on time and within budget.

The project has been developed to create a more efficient way to travel between the cities of Ancol and Pluit, with the existing route a mix of toll roads, interchanges, flyovers, railroads and waterways that frequently suffer severe congestion.

Due to the limited space available, as well as the heavy traffic and numerous intersection points, WIKA has determined that the development needed to include a 3.95 kilometre double-decker bridge along the Ancol River, which will be the longest in the world.

However, the Indonesian government has mandated that the company should avoid placing piers in the water as that could negatively impact the ecosystem and existing river traffic. The project team also must avoid various underground gas pipelines, waterpipes and fibre optic cables, as well as above-ground buildings.

Furthermore, WIKA faces a strict deadline to complete the Harbour Road 2 project before the FIFA 2021 U-20 World Cup which is being held at the nearby Jakarta International Stadium. The new highway is expected to ease traffic to and from the facility.

In addition, the project will improve access to the airport and reclamation islands being developed by the Indonesian government, while it will also greatly improve economic activity and tourism in the area.

In order to design such a complex road system and meet the aggressive schedule, WIKA transitioned from a traditional 2D design method and adopted a 3D BIM methodology. The project team began the conversion with image capture via unmanned arial vehicles, using generalised predictive control to produce a reality mesh within ContextCapture.

The team was able to photograph and process 166 hectares of land within just 15 days, the company adds, roughly six times faster than traditional surveying methods.

Throughout the process, Navigator facilitates communication and collaboration among teams and stakeholders, as well as allowing designers to access running costs and project data from the office, remotely or in the field, WIKA says.

It estimates that by using BIM methodologies, the time needed for communication and inspection was reduced by as much as 30 percent, compared to previously deployed methods.

OpenRoads helps the project team review the alignment of the main road, ramps and approaching structures, while the OpenBridge program allows the team to iterate pier positions and heights, based off real world conditions. Careful pier positioning helps the project team by allowing them to avoid placing them in the river wherever possible, thus lowering the risk of flooding in the surrounding area.

WIKA adds that by using OpenRoads, OpenBridge and gINT, it was able to avoid 1,600 metres of costly waterway foundation works and reduced the design process by 25 days.