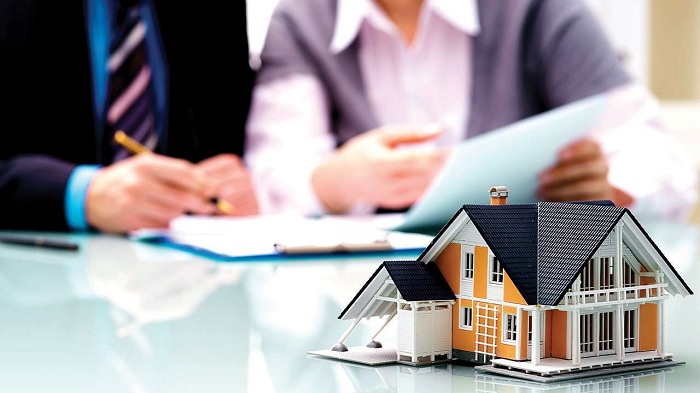 World Construction Today – Although the German property market has been extraordinarily robust for decades, analysts predict a significant decline in prices during the next few years.

According to Interhyp data, mortgage rates have increased dramatically, with a 10-year fixed rate rising from 1% to 3.9% since the year’s beginning. This normally lowers demand because fewer individuals are able to take out loans. According to data from Deutsche Bank, home prices have already dropped by about 5% since March. Jochen Moebert, a macroeconomic expert at the German lender, predicts that overall, from peak to bottom, home prices will fall by 20% to 25%.

Given that rentals are largely fixed, it is obvious that prices must decrease. If one thinks about mortgage rates of 3.5% or 4%, then better rental yields for investors are needed Moebert added.

German investors place a high importance on rental income given that, based on the Cologne Institute for Economic Research and the Bundesbank, the country has the second-lowest number of homeowners among all OECD nations and that 5 million individuals in Germany earn a living from renting.

Moebert said he wouldn’t be surprised if it happened within the next six months, despite the fact that Deutsche Bank lacks clear information regarding when the bottom will be reached.

If one compares prices month to month, they have already experienced the greatest drops in June and July. Price decreases in August, September, as well as October are less than 1%. So, if there is an investor, positive momentum might be seen. The chief economist at Berenberg, Holger Schmieding, predicts that in the coming year, home prices will drop by at least 5%, if not a little more.

He said, citing a sharp decline in loan demand and a decline in housing building, that the housing market is slowing dramatically.

Even though the rhetoric may differ, many analysts are predicting a decline in the German housing market.

They anticipated that prices would rise further in the absence of an energy crisis and a recession. They are currently facing a fairly drastic change in the environment, according to Michael Voigtländer of the Cologne Institute for Economic Research, speaking to CNBC. Two German cities, Frankfurt and Munich, were even listed as having pronounced bubble characteristics among the top four cities in a recent UBS assessment for the year 2022.

According to UBS, bubble characteristics include the decoupling of home prices from local rents and wages as well as regional economic instabilities, such as excessive lending and building activity. Thomas Veraguth, a real estate strategist at UBS, told CNBC that the term does not apply to the German real estate industry as a whole.

Veraguth said that the situation in Germany won’t be a conventional bubble bust like they had in the financial crisis, but rather a correction. In practical terms, a bubble bust would be a price decline of more than 15%, and that would be a very, very bad situation, a very powerful, high risk situation that is not the baseline case at the moment, he continued.

Germany’s housing market specialists predicted a 3.5% decline in prices for the country’s homes in a Reuters survey conducted last month.

However, not all financial organisations concur that a significant decline in value is imminent for the German real estate market. According to Claudia Buch, vice president of the Bundesbank, they do notice a pause in the price appreciation for residential real estate, but it’s not that the general trend has reversed.

Overall, Buch added, housing prices are still growing, albeit more slowly. However, neither a substantial decline in real estate prices nor a decline in overvaluations are visible.

According to Buch, the housing market is vulnerable, so the Bundesbank will continue to closely watch it. S&P Global analysts have also discredited the notion of a serious collapse in the market. In actuality, according to the financial analytics firm, the outlook is better than its most recent forecast, which was released in July.

Sylvain Broyer, EMEA senior economist at S&P Global Ratings, told CNBC that it is possible that they will have to increase the price projections for Germany this year. He stated, they still have very strong demand.

Furthermore, according to Broyer, it will take time for tighter budgets and altered financial conditions to affect house demand.

More than 80% of mortgages in Germany are funded with fixed rates, so many homeowners have locked in the really advantageous financing conditions they had until very recently for five to ten years, he said. In order to create its property price index, the Association of German Pfandbrief Institutions (VDP) gathers data from more than 700 banks. As per statistics from the most recent quarter, prices increased by 6.1% from the previous quarter.

According to the organisation, the peak in German real estate prices has already been reached for the time being, but market fundamentals are still strong, as per VDP CEO Jens Tolckmitt. As per Tolckmitt, the market will continue to be supported by factors including a lack of available homes, rising rental prices, and a robust labour market. Even if home prices declined, this wouldn’t necessarily be a bad thing.

If property prices fell by 20%, which is not something they currently anticipate, then the pricing would be at the level of 2020. Is this a difficulty? Perhaps not, Tolckmitt remarked.

After ten years of price increases, he continued, that was the price point they attained.

Key is the labour market

The medium- to long-term forecast for the German real estate market will be excellent, as long as the country has a vibrant labour market, Schmieding said in a similar vein but over a longer time horizon. Germany’s employment rate is at a record high of 75.8%; however, that number may be affected by the nation’s impending mild recession.

Given that the economy expanded a little more than anticipated in the third quarter, the German GDP data reported last month gave rise to expectations of a lesser recession than previously thought. The Federal Statistics Office reported that the German economy expanded by 0.4% from the second quarter and 1.3% from the previous year.