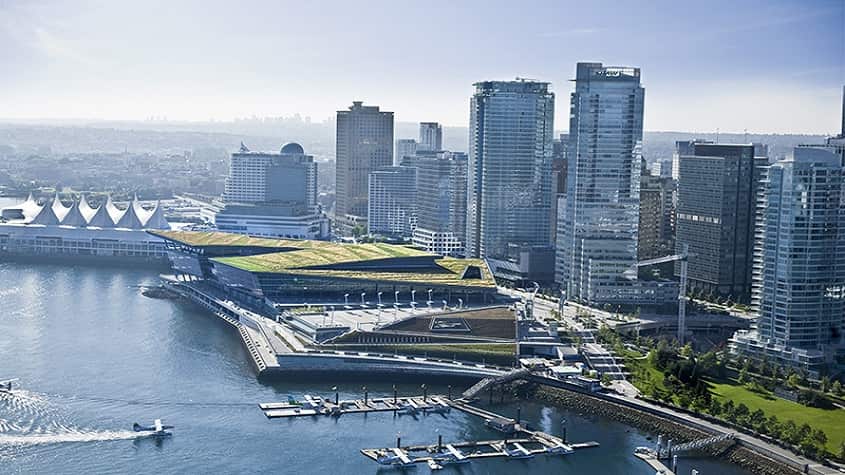 LMN Architects, a multidisciplinary design firm with a reputation for distinctive, community-focused projects, announces that the Cleveland Civic Core and Convention Center Complex has been recognized with a 2017 National AIA Honor Award for Regional & Urban Design from the American Institute of Architects (AIA).

Designed by LMN Architects in partnership with landscape architects GGN and the design-build team of URS, Robert P. Madison, and Turner Construction, the $465M million project was developed by Merchandise Mart Properties for Cuyahoga County. The project includes the 767,000-square-foot renovation and expansion of the Cleveland Convention Center, the 600,000-square-foot Burnham Mall (a civic space which rests atop the Convention Center), and the 235,000-square-foot Global Center for Health Innovation. The Cleveland Civic Core is one of five urban design and planning projects from around the globe to be recognized by the program this year.

The program recognizes the best work in urban design, regional and city planning, and community development, and is widely acknowledged as one of the industry’s most prestigious award programs.

Rafael Vinoly-Menendez, AIA, Partner at LMN said, “We are honored by this recognition. Helping to positively shape urban landscapes and foster civic vitality is at the heart of what we aspire to as architects. We share this honor with all of those who contributed to realizing this work.”

Completed in 2013, the Cleveland Civic Core restores and reinvigorates historic Burnham Mall, the celebrated 1903 civic plaza designed by architect and planner Daniel Burnham. The new work, which builds upon the original vision while reimagining it for the 21st Century, weaves together two public assembly facilities and a reconceived civic space to catalyze a dramatic revitalization of downtown Cleveland.

The Cleveland Convention Center repurposes the excavated footprint of the existing below-grade convention center to create a large and flexible series of spaces capable of supporting state-of-the-art events. Featuring soaring interior volumes, the Convention Center is topped with a nine-acre landscaped park that dramatically lifts up at the edges to reveal points of entry and fill the below-grade exhibition halls with natural light. The design, which reestablishes the Mall’s presence as a grand organizing space for the city’s community life, provides new ways to activate public spaces and creates new pedestrian promontories and view corridors that open to Lake Erie.

Employing an integrated digital design approach, the building’s facade was designed within an extremely compressed four-month period. Using a collaborative parametric model, the concept was prototyped and tested in collaboration with the builders to develop the aesthetic and ensure constructability. “The architectural skin allows the building to negotiate the scale differences between the large, civic expanse of Burnham’s Mall and the surrounding smaller-scaled streets and neighboring buildings,” said Stephen Van Dyck, AIA, Partner at LMN. “The digital fabrication process allowed us to treat precast concrete with a high degree of plasticity reminiscent of neighboring historic terracotta structures.”

About LMN Seattle-based LMN Architects specializes in the planning and design of significant public and private projects, including convention centers, cultural arts venues, education facilities, office buildings, hotels, transit stations, mixed-use developments and other urban environments that celebrate and enrich communities. The firm is the recipient of the 2016 American Institute of Architects Architecture Firm Award. 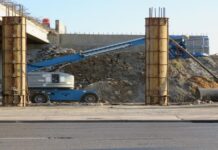 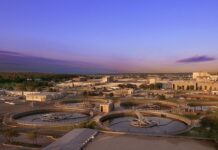 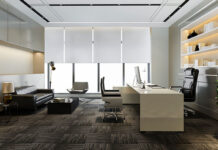