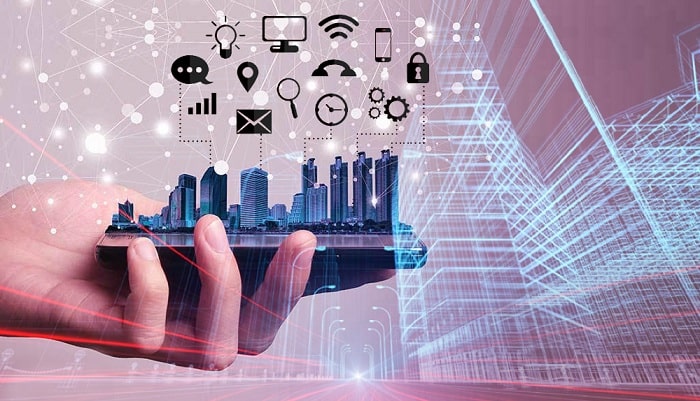 Technology has indeed come a long way when we refer to the construction industry. Having said that, there is still a long way to go. Most of the companies across the developed as well as developing countries are relying a lot on the Internet of Things (IoT) these days. And why not; the response that they are getting out of the technology is second to none. Besides, it also helps in saving time, cutting costs and timely completion of the project.

However, one of the most important factors that need to be considered in this technology is its usage. The biggest issue with artificial intelligence is that it is artificial, it is all man-made. So the usage has to be well-thought-of and it should be free from any errors. There are many important benefits that emerge out of the convergence of web, cloud & mobile platforms as well as IoT but the fact of the matter is that vulnerability will increase too particularly in an industry that is as decentralized as the construction industry since there are many stakeholders involved. So it is imperative to protect the industry from threats without disrupting the regular innovation.

Keeping this in mind, it becomes all the more necessary that essentials in training are imparted time and again to the construction supervisors and the ground workers. You have the technology but unless it’s rightful use is understood and implemented, its value will never reach its true potential.  There are several forms of technology that are being used in this vertical today. These innovative methods have changed the industry as well as the customer perspective altogether.

The most common of all are the drones. They are one of the most useful gadgets which a construction firm can have. They are indeed modernizing the way a very large chunk of the industry has traditionally operated. They are presently being utilized to meet a variety of requirements. One of the most thoughtful of activities that these drones conduct is helping to create accurate site inspection reports as well as land surveys. What this has done is that it has reduced a significant amount of time which previous methodologies used to take.

The possibility of human error gets eliminated as compared to the traditional process which used to exist previously. One of the most important contributions of drones is that they can collect information from far-flung locations, where human access is pretty difficult. Taking footage from the site, converting the footage into 3D pictures that can be compared with the actual architectural plans, distances, and grades are some of the many benefits of a drone that might not have been imagined probably a decade back. Drones obviously come in different shapes and sizes that are very specific for industrial purposes, but basic, high-quality drones are often sufficient enough for most of the construction companies. These come with the required amount of precision as well as the flying capacity that is pretty much existent in the current construction scenario.

Undoubtedly, BIM is one of the greatest advancements that has taken place within the construction industry in recent years. This element has replaced the need for blueprint which had to be produced before the start of the project. An incredibly detailed and interactive 3D model of the intended structure gets produced which brings together all the necessary information about the project into one place. Due to this, the problem of contractors and clients working in isolation gets eradicated and ensures that all the involved parties are effectively collaborating. It should not come as a surprise when this modeling technique gets transitioned into 5D modeling which will showcase features such as time management, costing as well as quantities.

A piece of specialist software that allows data and images to be overlaid onto the physical spaces is referred to as Augmented Reality- AR. Time and again, the relevance of AR has been proven in complicated projects as they have potentially a higher risk associated with them. Preventing a project from falling behind the schedule due to unforeseen complications are some of the many contributions that are made by AR at the construction site. The life of planners, architects, and associates becomes a lot easier as Augmented Reality has the ability to collaborate with clients and take corrective measures before the problems occur.

IoT has made plenty of user-friendly mobile apps available to the site engineers. We all carry smartphones today and these apps which are pretty compatible with the device get to be used by construction workers to achieve seamlessness in their respective line of work. With them, it becomes easy to document, access and share important project information to the ground force helping them improve their efficiency, knowledge, accuracy and project consistency. Besides this, there are a wide range of devices in the offing that are exclusively designed for construction purposes. These devices contain rugged construction screens that are also better suited for viewing in bright daylight which makes them very ideal.

Health and safety comes first under the IoT Umbrella

Not only IoT has proven to enhance and improve efficiency, but it has also had a very positive impact on the health and safety issues as well which at one point of time weren’t managed as they should have been. With the utilization of innovative gadgets like lit hard-hats and responsive clothing, the essence of safety in this arena has seen a different light of the day. The well-being of the field staff is given a lot of importance these days as the construction sites are harsh, but the use of smart technologies without a shred of doubt has significantly improved a worker’s life.

As it is said that statistics aren’t bad unless its rightful use takes place. The same goes for IoT in the construction industry as well. It has undoubtedly shaped the thinking of the people involved in this arena, has given a wider vision and it now depends on its users how far they are willing to go with it. 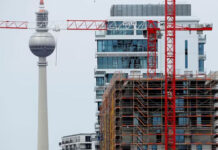 Study Shows European Construction Sector Has A Lot Of Hope 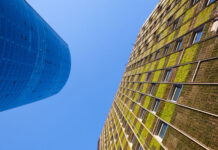